A government study has found Britain wastes around four million tonnes of food a year, adding something like 420 pounds to the average family's shopping bills. 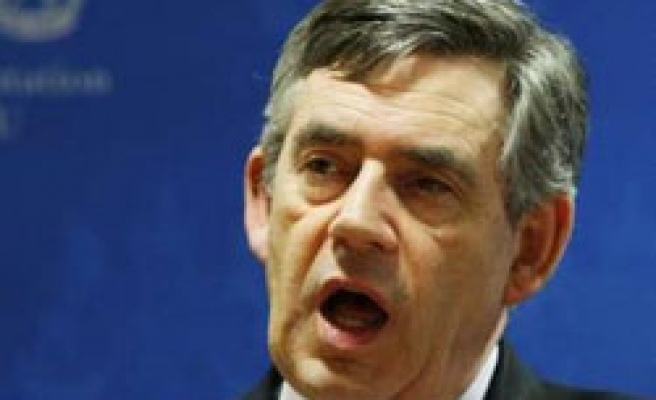 Britons can help bring food prices down by cutting the amount they waste every year, Prime Minister Gordon Brown said on Monday.

Brown was speaking to reporters travelling to the Group of Eight summit in Japan where the rich nations' club is meeting to discuss rising fuel and food prices as well as global warming.

"If we're to get food prices down, we must do more to deal with unnecessary demand by all of us doing more to cut our food waste which is costing the average household in Britain about eight pounds per week," said Brown, ahead of the release of a government report on food policy.

A government study has found Britain wastes around four million tonnes of food a year, adding something like 420 pounds to the average family's shopping bills.

Rising food and fuel prices have pushed Britain's inflation rate to 3.3 percent, well above the central bank's 2 percent target and Environment Secretary Hilary Benn predicted Britons could at best only expect a slight easing in prices.

"The experts say we may see them come down a bit, but they're not going to go back to where they were a year ago," Benn told the BBC.

"We're living at a time when, over the next 50 years, there will be another 2.5 billion mouths to feed on this planet so we are going to need a significant increase in food production if we are going to make sure that everyone has enough to eat."