Britain's prime minister designate Gordon Brown has experienced at first-hand lingering resentment over the Iraq war when his opening address to a Labour Party meeting was disrupted by a protester. 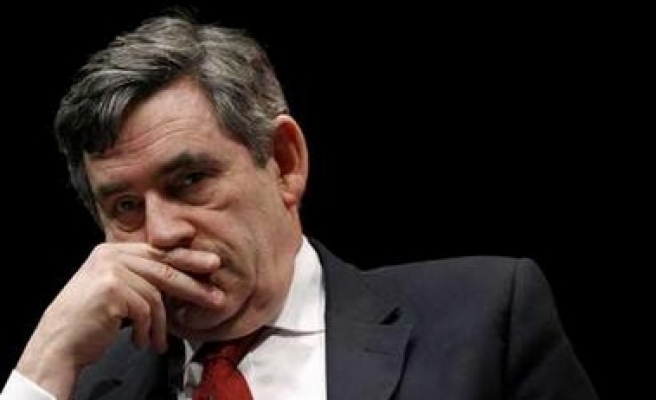 Britain's prime minister designate Gordon Brown has experienced at first-hand lingering resentment over the Iraq war when his opening address to a Labour Party meeting was disrupted by a protester.

A woman began shouting "Gordon Brown, get the troops out" as the finance minister addressed party members at a deputy leadership election event in Coventry, west central England.

She was escorted out of the event, also picketed by about 60 protestors from the Stop the War Coalition which has led demonstrations against military action since before the invasion in March 2003.

Tony Blair has regularly faced protests for his backing of the United States, but Brown has escaped relatively unscathed in the past four years, despite bankrolling British action as finance minister and voting for the war.

Brown, who takes over from Blair as prime minister on June 27, has said it would be "wrong" to withdraw British troops from Iraq immediately, just as Iraqi forces are assuming more control of security in the southern provinces.

President George W. Bush in response to the political damage inflicted on Blair because of his close alliance.

White House officials were said to have been briefed to expect an announcement on troop withdrawals from Britain during the first 100 days of Brown's premiership.

There was no immediate response from Brown's office but US Deputy Assistant Secretary of Defence, Brigadier General Mark Kimmitt, told Sky News television he did not expect a change of policy from Britain.

Brown has indicated that his foreign policy would differ little from Blair's pro-US stance and support for the so-called "war on terror" but that he wanted more economic development alongside military means.

He has pledged to go to Iraq to meet British military commanders and personnel soon.

Six candidates are standing for the Labour Party deputy leadership. Results will be announced on June 23.