Chancellor of the Exchequer Gordon Brown launched his bid to become the next prime minister Friday, vowing a different style from the media-friendly Tony Blair and saying he will not be a "celebrity" leader. 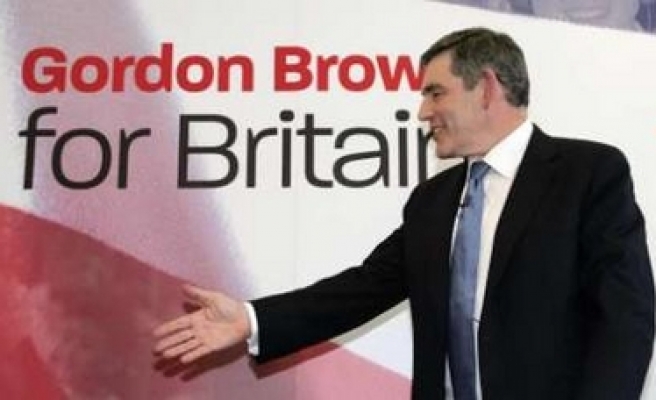 Chancellor of the Exchequer Gordon Brown launched his bid to become the next prime minister Friday, vowing a different style from the media-friendly Tony Blair and saying he will not be a "celebrity" leader.

Brown, widely expected to become leader of the governing Labour Party -- and therefore prime minister -- announced his candidacy a day after Blair revealed he would call time on his decade in power on June 27.

Widely seen as dour in contrast to the charismatic, media-friendly Blair, Chancellor of the Exchequer Brown vowed that he would demonstrate his ability to take on the top job in the coming weeks.

"In the weeks and months ahead, my task is to show that I have the new ideas, the vision and the experience to earn the trust of the British people," said Brown.

"I do not believe politics is about celebrity."

Brown is the clear frontrunner to succeed Blair, after the only credible possible rivals for the leadership of the centre-left Labour Party pulled out of the race in recent weeks.

Brown won a long-awaited formal endorsement from Blair on Friday.

The prime minister has repeatedly ducked the chance to name Brown as his chosen successor, but on Friday at last gave his support to the chancellor, hailing him as an "extraordinary and rare talent."

A poll released Friday showed that Brown is seen as less trustworthy and in touch than main opposition Conservative leader David Cameron, though a majority considered him tough (59 percent) and having firm principles (54 percent).

The chancellor's campaign manager, Jack Straw, said Friday that Brown would bring his own style to the premiership, but would not bring in sweeping policy changes.

"You are not going to get a dramatic shift here, but of course you will get a different style of leadership, because Gordon Brown is a different person from Tony Blair," the former foreign secretary told BBC radio.

In particular, commentators question whether Brown will set a different tone in foreign policy, notably in ties with the United States, following Blair's close relationship with US
President George W. Bush.

US Secretary of State Condoleezza Rice said Washington would continue to work extremely closely with London a Brown premiership.

"Britain and America will always be friends and I know that we'll work very, very well with Gordon Brown when he becomes prime minister," she told BBC radio.

But Brown has given his first hints that he might cool ties with Washington.

He was non-committal in an interview with the weekly Time magazine when asked if he thought US President George W. Bush was someone he could do business with.

"President Bush is the elected leader of the American people," he replied.

"I was pleased to have the chance to talk to him ... I have over the years worked with different administrations ... And I think with both parties in America relationships are strong."

And on Friday he said that he accepted that "mistakes had been made in Iraq "before insisting that Britain remained committed to ongoing efforts to bring peace to the violence-scarred country.
Last Mod: 11 Mayıs 2007, 15:36
Add Comment