Britain's next prime minister is meeting Iraqi leaders in a surprise visit following promises to study his country's participation in the conflict. 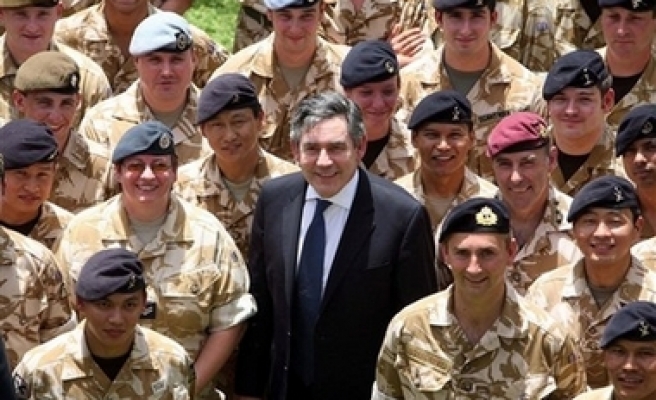 Britain's next prime minister is meeting Iraqi leaders in a surprise visit following promises to study his country's participation in the conflict.

The British embassy said Brown, who is presently the finance minister, arrived in Iraq on Monday for a one-day fact-finding mission and was in talks with Nuri al-Maliki, the Iraqi prime minister.

The visit, Brown's second since November, was not announced in advance and was carried out under tight security.

Brown will succeed Tony Blair as prime minister later this month, but has not outlined specific policies on Iraq. He stands by the decision to join the US-led invasion of March 2003.

In the UK, the opposition Conservative party has called on the British parliament to back a formal inquiry into Blair's decision to go to war in Iraq.

Liam Fox, the Conservative party's defence spokesman in parliament, said: "We want the principle established that there must be an inquiry. It's about making sure we don't make the same mistakes again."

Blair has ruled out an inquiry while British troops are deployed in Iraq.

The government was expected to defeat the motion, but interest would focus on how many members of Blair's Labour party will back the proposal.

At the time the Conservative party supported Blair's decision to back the US-led invasion. Last Mod: 11 Haziran 2007, 15:55
Add Comment