Gordon Brown succeeds Tony Blair as British prime minister on Wednesday, inheriting a Labour government trailing in many polls because of Iraq and needing to win back voters if it is to secure a fourth consecutive term. 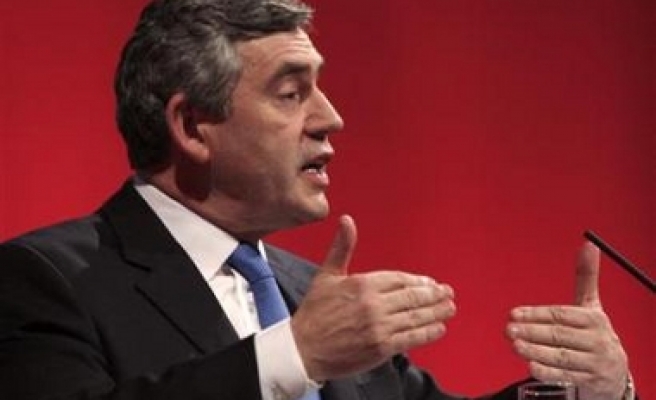 Gordon Brown succeeds Tony Blair as British prime minister on Wednesday, inheriting a Labour government trailing in many polls because of Iraq and needing to win back voters if it is to secure a fourth consecutive term.

After waiting 10 years for Blair to step aside, Brown must also contend with a resurgent Conservative opposition as he strives to emerge from the shadows of Blair’s leadership and put his own stamp of authority on the top job.

Underlining the scale of the task was the headline-making coverage for Blair, who stole the spotlight with reports he was about to be named as a Middle East envoy for the United States, Russia, the European Union and the United Nations.

Brown, who served as finance minister throughout Blair’s premiership, has vowed to revitalise the ruling Labour Party and learn from what he called the divisive Iraq war, although he still backs the decision to join the 2003 US-led -invasion.

Other early challenges for the new leader include staving off demands for a referendum on a new European Union treaty, agreed in outline by Blair and other EU leaders last week.

The delicate issue of a US corruption probe into British defence firm BAE Systems’ dealings with Saudi Arabia may also prove to be a diplomatic headache.

But it is Britain’s close relationship with the United States—Blair was President George W. Bush’s closest ally over Iraq—that will dominate Brown’s early agenda.

“Iraq is still sitting at the top of Brown’s in-tray and it’s very hard to see how that can be turned around,” said David Mepham, head of the international unit at the Institute for Public Policy Research.

“He needs to be more assertive with America and say they have to talk more seriously with Iran and Syria about it.”