Bulgaria may lose out over graft failure: EU report

The report on the Balkan country's progress under a special monitoring regime is due to be adopted by the European Commission on Wednesday, and changes are still possible. 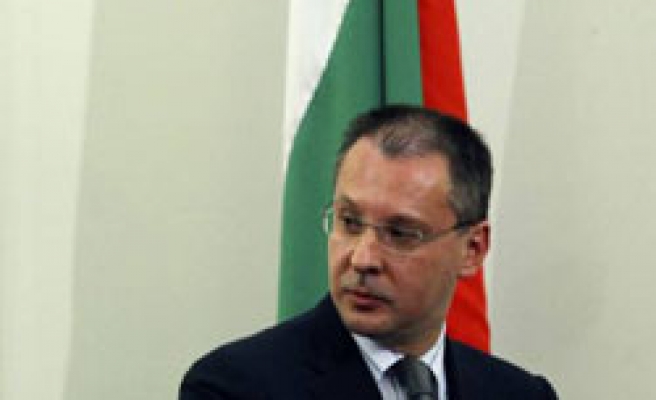 Bulgaria must stamp out entrenched corruption and organised crime, or risk alienating foreign investors and missing out on billions in EU aid, according to a draft report by the bloc seen by Reuters.

In some of the harshest language used about a member state, the report by the executive Commission said failing "to translate words into deeds" could affect the EU poorest nation's hopes of joining the euro zone and borderless Schengen area.

Bulgaria hopes to join both zones in about 2011.

"Failure ... to dispel doubts about Bulgaria's ability to deal with corruption and organised crime could have long-term dampening effects on the performance of the Bulgarian economy, deterring much needed foreign investment," the report said.

"The absence of convincing results under current structures is striking and needs to be addressed urgently," it said. "The judicial system and the administration need serious strengthening and fundamental cleansing."

The report on the Balkan country's progress under a special monitoring regime is due to be adopted by the European Commission on Wednesday, and changes are still possible.

Bulgaria and Balkan neighbour Romania were put under surveillance when they joined the EU in January last year because of slow judicial reforms and ineffective anti- graft policies.

Corruption and fraud threaten the suspension of some 11 billion euros ($17.5 billion) in EU farm subsidies and regional development aid to Bulgaria in 2007-2013, the report said.

"The practical results of poor administrative capacity and lack of effective control of conflict of interest, fraud and financial irregularities is the EU pre-accession funds to Bulgaria risk being lost and structural funds risk being suspended," it said.

In a separate draft report on EU funds, seen by Reuters last week, Brussels condemned high-level corruption, maladministration and failures in the handling of aid in the country of fewer than eight million people.

The Commission also urged Bulgaria to cut links between politicians and organised crime groups, which according to diplomats and observes lies at the heart of the problem.

"Bulgaria should be able to... untangle the web of conflict of interest and apparent connections between the political class, business and organised crime," the report said.

The Bulgarian authorities have so far been unable to produce results in punishing corrupt officials and criminals, it said.

"The onus is on the Bulgarian authorities to show the judicial system works and that investigations into corruption and organised crime lead to arrests, prosecution and ... convictions with dissuasive effect and seizure of assets."