Bulgarians are voting in their first elections for the European Parliament, six months after entering the EU. 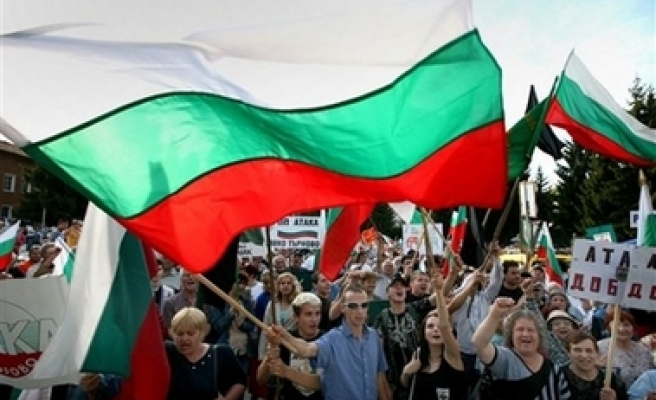 Bulgarians are voting in their first elections for the European Parliament, six months after entering the EU.

The ruling Socialists are expected to win on Sunday in what is expected to be a low turnout due to perceptions among voters of rampant corruption in the country.

Opinion polls show the Socialist party of Sergei Stanishev, the prime minister, may win a third of the vote, capturing as many as seven of Bulgaria's 18 seats in the EU assembly.

"I backed the Socialists," said Violeta Atanasova, a 61-year-old teacher, after casting her ballot in Sofia.

"It is true that corruption is huge but I saw the governments before them that were worse."

An expected low turnout underlines frustration among voters in former communist Bulgaria where living standards remain poor, despite strong economic growth, and crime bosses and corrupt officials thrive in a climate of impunity.

The ruling coalition is caught up in a graft scandal involving the economy minister and the country's top investigator.

How the government and judiciary handle the scandal is regarded as a litmus test of its willingness to root out abuse.

Polling stations opened at 6am local time (03:00 GMT) and the first exit polls will come out after voting ends at 7pm.

Bulgaria joined the EU after a late flurry of reforms of its communist-era judiciary and state institutions.

But it still has to prove it is serious about fighting crime to avoid sanctions, possibly soon after a June 27 progress report from Brussels.

EU diplomats say member states are increasingly concerned, with some going as far as to say the Black Sea state, and its larger northern neighbour Romania, were admitted too soon.

Bulgarian courts have not sentenced anybody for more than 150 mafia-style murders since 2001.