The Bush administration plans to send a pact on civilian nuclear cooperation with Russia to Congress in the next month, but a congressional aide said on Tuesday that resistance would be strong over the deal. 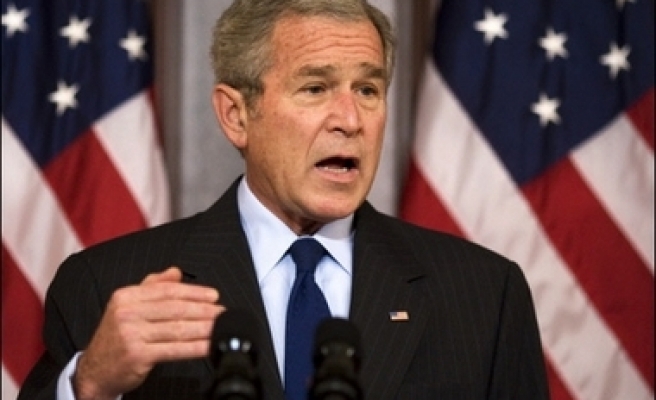 The concerns over Iran could scuttle the administration's plans that the deal would take effect by the time President George W. Bush leaves office next January.

The Bush administration says the nuclear deal with Russia could help solve the Iran problem by clearing the way for Washington to cooperate with Russia's offer to host an international uranium enrichment center that would supply nuclear fuel to countries like Iran.

Russian President Vladimir Putin says the proposed uranium enrichment center, a sort of fuel bank, would discourage Iran and other countries from developing nuclear fuel cycle facilities that could be used for covert weapons programs.

"We can't isolate ourselves from Russia and then expect that these are the proposals that are going to be the solution to the Iranian nuclear program," a senior State Department official said, speaking on condition of anonymity.

"If there is an interest in the U.S. in investing in this consortium that Russia is establishing, getting U.S. industry involved in that whole international enrichment center, this (nuclear) agreement would be a useful baseline for that sort of cooperation," the official said.

A 123 agreement, so-called because it falls under section 123 of the Atomic Energy Act, is required before countries can cooperate on nuclear materials, such as storing spent fuel, or work together on advanced nuclear reactor programs.

At a summit this month in Sochi, Russia, Bush and Putin agreed to sign a nuclear cooperation deal "in the near future." The Bush administration is now going through the U.S. interagency process leading to the president's signature.

Bush would have to send the deal to Congress "in the next month or so" to give lawmakers time to consider it before they adjourn this year, the senior official told Reuters. "If we're to get it done, it will have to be soon," the official said.

Deal could be left in limbo

Once the agreement is sent to lawmakers, it would go into force if Congress did not pass a disapproval resolution within 90 legislative days.

But the House of Representatives is already on record as saying the United States should shun civilian nuclear cooperation with Russia because of Moscow's aid in building Iran's plant at Bushehr and supplying it with fuel. A similar bill with some 70 co-sponsors is pending in the Senate.

One House aide told Reuters on Tuesday he thought the opposition on Capitol Hill might even "wave off" the administration from sending the Russia deal to Congress.

If Bush signs the deal but does not submit it to lawmakers, that leaves it in limbo -- perhaps for the next president, who will take office next January, to send to Capitol Hill.

The Bush administration initially urged Moscow not to send nuclear fuel to Tehran. But Bush has more recently taken the position that such a move shows Iran that Russia could be a dependable fuel supplier so that Tehran has no need to enrich uranium itself -- with all the weapons proliferation risks.

"Obviously we are going to have to deal with it (the opposition) head-on and really talk to members and explain the rationale and thinking," the senior official said.

Other critics say Putin's Russia has not proven itself a trustworthy partner for a nuclear cooperation pact with Washington, and suspect the agreement is legacy-building by a White House in its last few months in office.

"A nuclear cooperation agreement should be icing on a cake of trust and accomplishment with regard to non-proliferation. Instead, there's no cake," said Henry Sokolski, director of the Washington-based Nonproliferation Policy Education Center.

Sokolski served four years as deputy for non-proliferation policy at the Pentagon during Bush's father's administration.