The US president has selected a general as his "war tsar" to oversee the fighting in Iraq and Afghanistan. 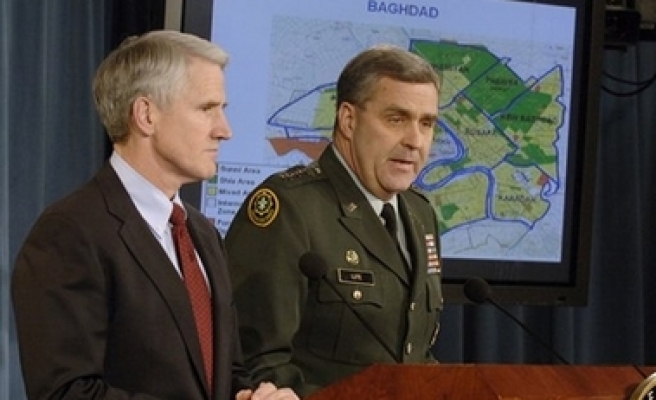 The US president has selected a general as his "war tsar" to oversee the fighting in Iraq and Afghanistan.

The White House tried for weeks to fill the position and approached several candidates who reportedly turned it down, before Lieutenant-General Douglas Lute, the defence department's director of operations, agreed to take the job.

The unpopularity of the four-year-old war in Iraq, uncertainty about how much power the war co-ordinator will have and demands by congress to bring US troops home from Iraq made the position tough to fill.

The president created the position to co-ordinate the policies of sometimes competing agencies, including the Pentagon and the state department, and try to implement George Bush's war strategy.

The appointment, which is subject to senate confirmation, is part of a lengthy reshuffling of war leaders, but critics have said Bush was abdicating the role himself and questioned whether a new co-ordinator will help so late in his presidency, saying it may even add confusion in the chain of command.

Jon Soltz, an Iraq war veteran and co-founder of a political group of Iraq and Afghanistan veterans, VoteVets.org, said: "It's now up to Lieutenant-General Lute to undo the president's failed policies in Iraq, and bring a heavy dose of diplomacy in the region, so we can begin to get our troops out of the Iraqi religious civil war."

The Washington Post reported on April 11 that at least three retired four-star generals had been approached by the White House, but all declined to be considered for the job over concern at the direction of the war.

Retired General John Sheehan, who rejected the job, told the Post at the time: "The very fundamental issue is, they don't know where the hell they're going.

"So rather than go over there, develop an ulcer and eventually leave, I said, 'No, thanks'."

Lute became director of operations for the Joint Chiefs of Staff in September.

Before that, he served for more than two years as director of operations at US Central Command, during which he oversaw combat operations in Iraq and Afghanistan, among other regions. He is also a veteran of the 1991 Gulf War.

Lute has given past clues that he would seek a political outcome to the Iraq conflict as sought by Democrats frustrated at the Iraqi government's struggles with political reconciliation.

In 2005, he said the US must not hesitate to hand over to the Iraqi military when it is ready and banish the appearance of occupation that may hinder political progress.