President Bush announced Wednesday he will establish an envoy to Organization of the Islamic Conference, with hopes of bolstering ties to the Islamic world and improving the image of the United States. 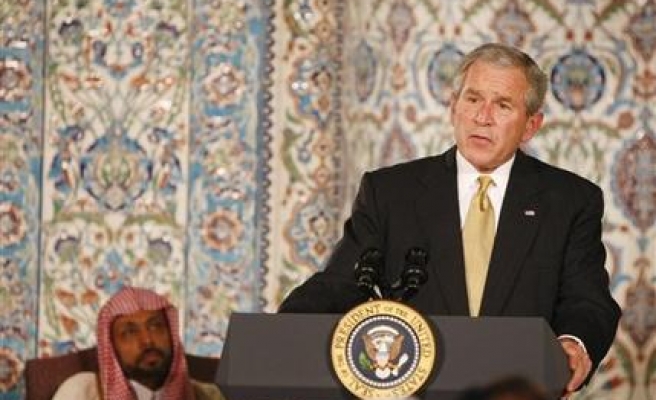 President Bush announced Wednesday he will establish an envoy to Organization of the Islamic Conference, with hopes of bolstering ties to the Islamic world and improving the image of the United States.

Bush's special envoy, who has not yet been named, will be a liaison to The Organization of the Islamic Conference. The intergovernmental organization, representing more than 50 Islamic states, promotes Muslim solidarity in social and political affairs.

"Our special envoy will listen to and learn from representatives from Muslim states, and will share with them America's views and values," Bush said in a ceremony honoring the 50th anniversary of the Islamic Center, a mosque and cultural center in Washington.

"This is an opportunity for Americans to demonstrate to Muslim communities our interest in respectful dialogue and continued friendship," Bush said.

The United States has never before had a diplomat dedicated to dealing with The Organization of the Islamic Conference, or OIC. The establishment of a U.S. envoy comes as the plodding war in Iraq has fanned anti-American sentiment across the Muslim world.

The OIC was created in 1969 in response to an arson attack on the al-Aqsa mosque in Jerusalem. It now has 57 members and is the second-largest international organization in the world, after the United Nations.

"This is an organization that a lot of people in the region look to, and we thought it was the right time to appoint somebody," State Department spokesman Sean McCormack said. Previously, according to the State Department, U.S. relations with the organization have been handled mainly by the U.S. ambassador to the country holding the OIC's rotating presidency, which is currently Turkey.

Those attending Wednesday's ceremony, including Bush, took off their shoes as they entered. Bush listened as a verse from the Quran was read.

"We live in a time when there are questions about America and her intentions. For those who seek a true understanding of our country, they need to look no farther than here," Bush said.

"This Muslim center sits quietly down the road from a synagogue, a Lutheran church, a Catholic parish, a Greek Orthodox chapel, a Buddhist temple - each with faithful followers who practice their deeply held beliefs and live side by side in peace," he said.

Abdullah Khouj, president of the Islamic Center of Washington, noted it was Bush's third visit. The president's first visit was after the Sept. 11, 2001 terrorist attacks when he denounced prejudice against Muslims in the United States. He also visited in December 2002.