Bush to UK Brown: Do not set Iraq pullout timetable

The newspaper described Bush as issuing a warning to Brown, but the White House dismissed that tone, saying there was no disagreement between the United States and Britain on Iraq. 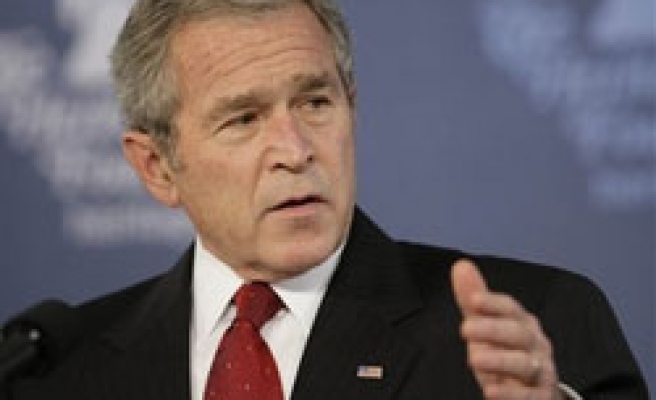 U.S. President George W. Bush urged British Prime Minister Gordon Brown on Sunday not to set a timetable for the withdrawal of troops from Iraq.

Bush issued his call ahead of a visit to Britain, the final stop of a European farewell tour.

He said in an interview with Britain's Observer newspaper that the United States and Britain, Washington's main ally on Iraq, both obviously wanted to bring their troops home but this could only be "based upon success".

"Our answer is: there should be no definitive timetable," said Bush, adding he was "appreciative" that Brown was in frequent touch about "what he and his military are thinking".

The newspaper described Bush as issuing a warning to Brown, but the White House dismissed that tone, saying there was no disagreement between the United States and Britain on Iraq.

"There is no daylight between the United States and United Kingdom on the strategy for Iraq," White House spokesman Gordon Johndroe told reporters. "Neither of us are looking for arbitrary timetables, troops will return based on conditions on the ground and will return on success."

Only about 4,200 British troops are still in Iraq, most of them stationed at a base in the south. Britain has indicated that it could pull all forces out by the end of the year.

Bush has a more formal relationship with the British leader than with Brown's predecessor Tony Blair, Washington's staunchest supporter over Iraq. Brown is battling against poor opinion poll ratings and Iraq is a divisive issue in Britain.

Bush and his wife Laura will meet Queen Elizabeth and tour Windsor Castle near London on Sunday afternoon before attending a dinner with Brown and holding talks with him on Monday.

Protesters are expected to mass in Windsor to demonstrate against the presidential visit, and will later gather outside parliament for a larger anti-war demonstration.

The White House said the two men had a lot to discuss.

"Much of my discussions on this trip have been dominated by this subject because our allies understand that a nuclear-armed Iran is incredibly destabilising, and they understand that it would be a major blow to world peace," Bush said on Saturday.

White House officials have described discussions about trade, climate change and other issues as productive but have announced no breakthroughs or major initiatives.

Bush is expected to travel to Northern Ireland on Monday after meeting Brown before returning to Washington.