Bothered with firebrand director Michael Moore, the Bush administration is trying to confiscate the negative of his new documentary critical of the US health care and the powerful insurance lobby, the film's producer revealed. 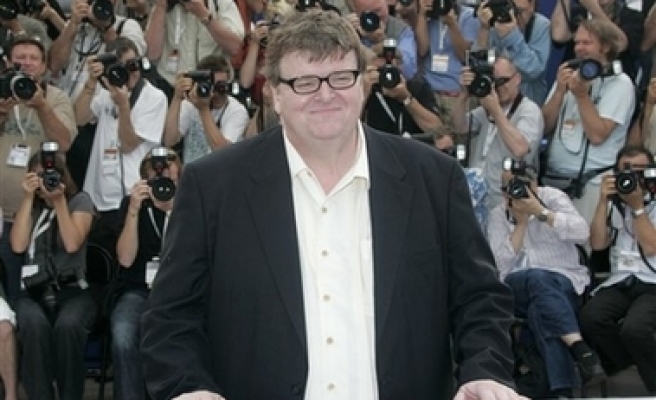 Bothered with firebrand director Michael Moore, the Bush administration is trying to confiscate the negative of his new documentary critical of the US health care and the powerful insurance lobby, the film's producer revealed Saturday, May 19.

"We had to fly the movie to another country," Harvey Weinstein told the Guardian newspaper.

"Let the secret service find that out - though this is the same country that thought there were weapons of mass destruction, so they'll never find it," said Weinstein, referring to the Bush administration's fake WMDs rationale to justify the invasion of Iraq.

He warned that if the film, titled "Sicko," was confiscated, there might be attempts to cut some footage, in particular the last 20 minutes, which related to a controversial trip made by Moore to Cuba.

The film focuses on exposing the dark side of the US health system and its powerful insurance lobby.

It flays the heath system that, Moore shows, leaves 50 million Americans without access to medical care.

In his documentary, Moore takes a group of ailing 9/11 emergency workers to Cuba where they receive medical treatment.

The Bush administration has opened a probe into the trip, which potentially breaches its laws restricting US citizens from visiting Havana.

"I don't know why the Bush administration is taking this action," Agence France-Presse (AFP) quoted Moore told reporters after screening the movie at Cannes.

Moore had applied for permission to travel to Cuba in October 2006 but received no answer.

"It's hard to get into their heads about why they do anything...," he said.

In the documentary, Moore heads to other countries -- Canada, Britain and France -- to show how their national state-run health systems, often derided as "socialist" in the United States, offer a far superior level of care than the US one.

"The point was not to go to Cuba, it was to go to American soil, to Guantanamo Bay and to take 9/11 rescue workers there to receive the same medical care given to the Al-Qaeda detainees."

"We want to find out who motivated this. We suspect there may be interference from another office," he said.

"Otherwise, I don't understand why this would have come about. They have to tell us why they did it and what they did," he said.

While the facts "Sicko" lays out "make me sad as an American," Schaefer said, "it was a very strong and very honest documentary about a health system that's totally corrupt and that is without any care for its patients."

Moore said his documentary aims to expose the dark side of the US health system and its powerful insurance lobby.

"They (insurance companies) get in the way of taking care of those who are ill," he told Variety magazine in an interview.

"The poorest Brit is healthier and lives longer than the wealthiest American," he said.

Moore said that the real solution was to "steal" what worked in other Western countries and apply that to the United States.

"It's important to have a safety net and free universal health care," he said.

"In America, unfortunately, we're more focused on what's in it for me. It's every man for himself. If you're sick and have lost a job, it's not my problem. Don't bother me."

Moore has been a vocal critic of the Bush administration.