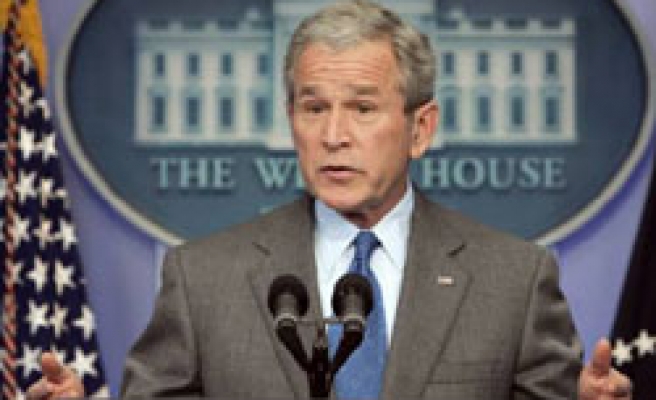 "The Turks need to move, move quickly, achieve their objective and get out," he told a White House news conference.

Bush emphasized the message U.S. Defense Secretary Robert Gates gave in talks this week with Turkey's military General Staff, General Yasar Buyukanit and Turkey's president and Prime Minister Tayyip Erdogan, in which he played down any differences, saying the United States and Turkey had shared interests.

"The Turks, the Americans, and the Iraqis including the Iraqi Kurds share a common enemy in the PKK," he said. "It is in nobody's interest that there be safe haven for people who have the willingness to kill innocent people."

The Bush administration has been sharing intelligence with its chief military ally in the region, mainly to help its aerial bombing campaign to destroy PKK havens.

The PKK has used remote mountainous northern Iraq as a base to attack inside Turkey.