US President George W. Bush made plain his feelings about Fidel Castro -- wishing the Cuban leader would disappear. 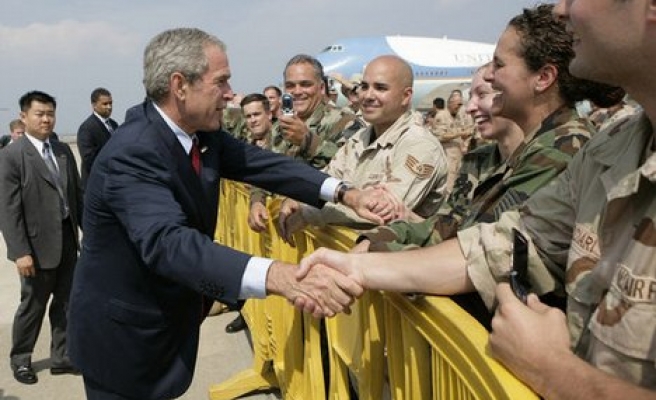 "One day the good Lord will take Fidel Castro away," Bush said in response to a question after a speech at the Naval War College.

Castro has long been a thorn in the side of US presidents, defying them and outlasting them in office. Since coming to power in a 1959 revolution, the Cuban leader has seen 10 US presidents occupy the White House.

Documents released by the CIA this week showed the spy agency worked with three American mobsters in a botched attempt to assassinate Castro in the early 1960s.

Castro, who has long denounced US leaders for wanting him dead, accused Bush of "authorizing and ordering" an attempt on his life in an editorial published on Monday -- though he provided no evidence to back up the claim.

He fired back at Bush's latest remark with irony.

"Now I understand why I survived Bush's plans and the plans of other presidents who ordered my assassination: the good Lord protected me," Castro, a self-declared atheist, said in a statement sent to the foreign media late on Thursday.

Castro, who turns 81 in August, has not been seen in public since undergoing emergency intestinal surgery in July last year, when he handed over power temporarily to his younger brother, Raul.

But the convalescing revolutionary has published several editorials recently in which he has urged Cubans to remain defiant in the face of criticism from foreign countries, especially the United States, which has imposed an economic embargo on the island for 45 years.