The ‘war czar’ picked by President George W. Bush to oversee the conflicts in Iraq and Afghanistan has had misgivings about Bush’s surge of US troops into Iraq, a top Democrat said. 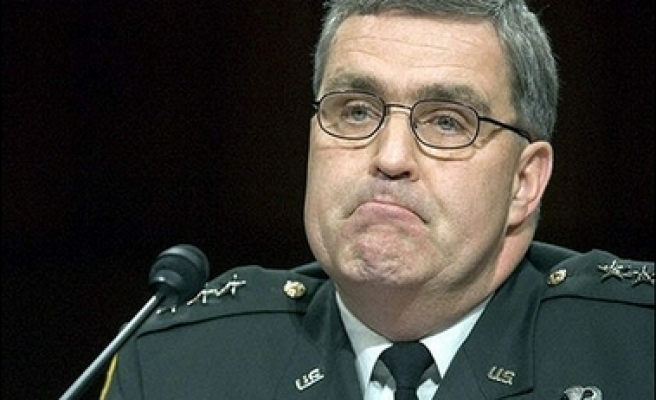 The ‘war czar’ picked by President George W. Bush to oversee the conflicts in Iraq and Afghanistan has had misgivings about Bush’s surge of US troops into Iraq, a top Democrat said Thursday.

‘It is no secret that General (Douglas) Lute himself questioned the so-called surge strategy before it was announced by the president last January,’ Senate armed services committee chairman Carl Levin said.

Levin was relaying a written response given by Lieutenant General Lute, a three-star army general, at the start of Lute’s Senate confirmation hearing.

The surge would ‘likely have only temporary and localized effects’ unless it was accompanied by parallel efforts by the Iraqi army and civilian US government departments, Lute had written, according to Levin.

The Democratic senator said Lute was in an ‘unenviable position’ in being asked by Bush to bring ‘coherence to an incoherent policy’ over Iraq.

Bush announced in January that the United States was deploying more than 21,500 additional troops to Iraq, bringing the total to 160,000 by this month.

The bulk of the soldiers are going to Baghdad, while 4,000 are heading to the province of Al Anbar, a Sunni Arab insurgent stronghold to the west.

Levin said the surge was failing to quell the insurgency and added: ‘Baghdad is burning while the Iraqi politicians refuse to accept responsibility for their country’s future.’

Bush nominated Lute last month as a deputy national security advisor to ‘be the full-time manager for the implementation and execution of our strategies for Iraq and Afghanistan.’

Lute, who is now serving as director of the Joint Staff, was selected after several prominent retired generals turned down offers or overtures to become the White House’s ‘war czar.’

The choice surprised colleagues at the Pentagon. Some questioned how effective a three-star general would be in managing a war effort from the White House amid four-star military commanders and cabinet secretaries.

Republican Senator James Inhofe told the hearing that he believed the new position was ‘unnecessary,’ but said Lute was the ‘ideal’ choice for the job. Last Mod: 08 Haziran 2007, 11:36
Add Comment