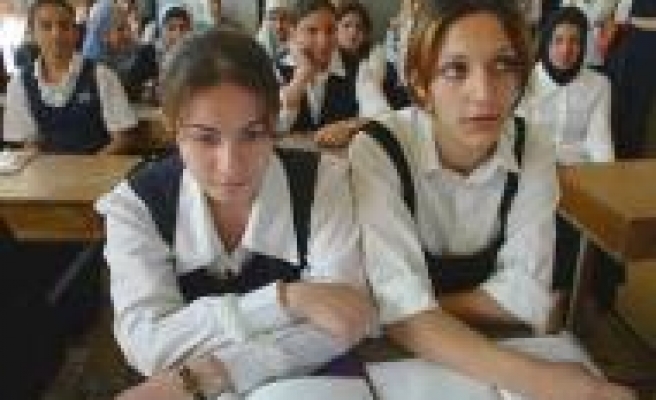 "East is East and West is West," wrote Kipling, "and never the twain shall meet." With the war on terror and in Iraq it's a reckoning that has never seemed truer. Muslim and secular intellectuals from Hampstead to the Hindu Kush proclaim that Western and Muslim culture are irreconcilable. The Arab street rails against American and British imperialism and The Sun raves against the mad mullahs of the Middle East.

Under the grand chandeliers of the Radisson SAS Hotel in Manama, Bahrain, last month, teachers from 24 schools in the UK, Bahrain and Iraq made a humble start to making the twain meet. All part of the British Council's 1,001 Schools links project, which aims to establish partnerships between more than 500 British and Gulf schools over the next five years, involving 15,000 students in class-to-class partnerships, and a total community of 350,000 students from all the schools.

Schools partnership meetings aren't usually cloak and dagger affairs, but it is remarkable that the Iraqi teachers are even here, given the risks they ran just to get to Bahrain. There are three from Kurdistan and three from Baghdad; the latter could tell only close colleagues and family where they were going. If insurgents find out that they are working with the British Council, their schools will be bombed and they might be attacked.

To protect the schools' identities, all post between the British and Iraqi schools has to go through the British Council in Baghdad, which tells teachers it could take a month or more just to get it the few miles from the Green Zone to the schools. None of the schools are from Basra. The British Council had to close its office in the city after its representative received death threats.

"It's never been more important for there to be channels of communication and open dialogue between peoples," says Chloe Ewing, who runs the partnership project. "Encouraging schools and students to take part in something like this, where they have experience based on reality, rather than something they see in a newspaper, or through the political manoeuvrings of governments, is absolutely vital."