Canada signed an agreement with Afghanistan on Thursday allowing it unfettered access to any prisoners handed over by Canadian troops, a move that responds to allegations that Afghan authorities were abusing detainees. 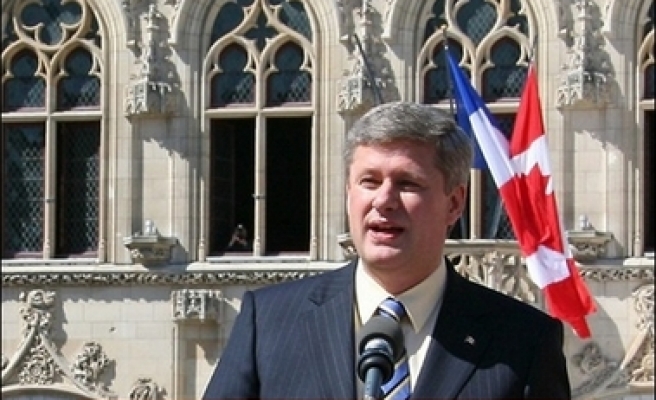 Canada signed an agreement with Afghanistan on Thursday allowing it unfettered access to any prisoners handed over by Canadian troops, a move that responds to allegations that Afghan authorities were abusing detainees.

The detainee issue has dominated Parliament for the last two weeks as opposition politicians accused the minority Conservative government of ignoring evidence of possible torture by the Afghan police.

Critics say Canadian soldiers could be guilty of war crimes because they transferred the detainees at a time when Ottawa was aware that Afghan authorities regularly tortured prisoners. International conventions prohibit a country from handing over prisoners if there is reason to suspect possible abuse.

Federal Court Judge Michael Kelen announced details of the agreement with Afghanistan on Thursday during a case brought by a human rights groups demanding the transfers be halted immediately.

Kelen told the court this was a major development that took the urgency out of deciding whether to block future transfers.

"It probably wouldn't have happened if this court hadn't been happening," he said of the agreement.

The deal provides for "full and unrestricted access" by Canadian officials to anyone transferred to Afghan authorities as long as they remain in custody. The Canadians can also interview prisoners in private.

The Globe and Mail newspaper said last week it had spoken to 30 detainees who alleged they had been tortured. The government initially dismissed the report as a rumor but later, as criticism mounted, said it would press Kabul for answers.

Kelen said that, aside from the Globe article, human rights groups had not provided any evidence that those transferred by Canada actually had been tortured, but relied on evidence that inhumane treatment is common in Afghanistan.

Amnesty International, one of the groups that had asked for an end to detainee transfers, said the deal was a step forward but nothing short of establishing a Canadian or NATO prison, operated in conjunction with Afghanistan, would suffice.

"You don't prevent torture in a country where it is rampant and systematic, as it is in Afghanistan, by sending in monitors on an occasional basis. It simply doesn't work," Amnesty's Alex Neve told reporters.

A Canadian officer with experience in the country, Col. Steven Noonan, told Amnesty's lawyer in cross-examination on Wednesday that he was concerned about things going sour if the Canadian military had to run a prison.

"Without the proper training, without experience in it, the execution of that may go wrong, as has been evidenced in my understanding of -- for example, the Abu Ghraib situation," according to a transcript of his remarks.

He was referring to abuse by some U.S. troops of Iraqi prisoners in Abu Ghraib prison in Baghdad.

Stephane Dion, leader of the main opposition Liberal Party, said he was not sure a Canadian prison was needed in Afghanistan. But he criticized a clause in the accord that allows the Afghans to investigate themselves in the event of an allegation of mistreatment, and report back to the Canadians and to the Red Cross.

The Afghan detainee affair has been a major embarrassment for Prime Minister Stephen Harper and the Conservative government, as ministers have contradicted each other and senior defense and foreign ministry officials sniped at each other as to who was to blame.

One poll released on Tuesday showed the Conservatives had slipped into second place behind the Liberals.