Canadian language school has apologized to a Muslim teacher who forced to leave his job last week after being told he could not pray inside the building. 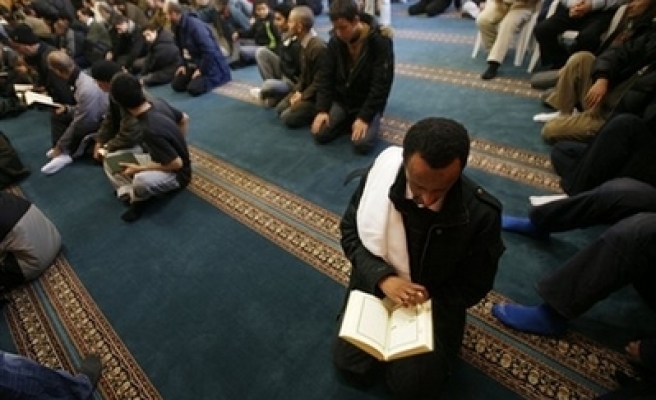 Canadian Gatineau language school has apologized to a Muslim teacher who forced to leave his job last week after being told he could not pray inside the building., Ottowacitizen reported.

Students said Mohamed Ismael, who teaches French at École de langues de l'Estrie on Champlain Street, believed he had been effectively fired because he did not want to go outside to pray, but school owner Louise Charest blamed the incident on a "misunderstanding".

Ismael returned to work yesterday and said he believes the dispute is settled even though Charest, the sister of Quebec Premier Jean Charest, did not promise him a dedicated space for prayer.

The private chain of schools, which provides language training for public servants and the military, has a mission statement that says its goals include the "principles of honesty, integrity, fairness and compassion."

In a brief interview, Ismael said he believes he will be allowed to pray inside the school. He added he did not want to say anything else because he wants to keep his job.

An earlier e-mail message to teachers from director Nicole Papin said a separate prayer room would not be allowed.

Papin could be not be reached for comment, and Charest said the director is out of the city on a vacation that had been planned earlier.

The owner said she could not offer Ismael a dedicated space to pray because of "ongoing renovations".

"Our rooms are occupied or under construction so he had to make a decision on what he would do," Charest said.

"We have a great relationship with Mohamed and he can pray anywhere he wants, but not in the classrooms. He was in a room that we were painting. That was the problem.

"The rooms are reserved for teaching. But he can sit on a bench, pray in the corridors or anywhere. I cannot provide a room for him because if I did that, I would have to provide rooms for every other faith."

Charest said she would provide a private room for prayer if the law required it.

A spokesman for the Quebec Human and Youth Rights Commission said employers must accommodate devout people of any faith who need a private space for prayer.

"The Quebec Charter of Rights requires private employers not to discriminate on the basis of religion, as does the Canadian Charter," Robert Sylvestre said.

"If there is a refusal to provide any accommodation, then there would be discrimination. An offer to allow an employee to pray on a bench outside might not be considered reasonable accommodation."