The research team has developed a new method for growing cells of atypical teratoid/rhabdoid tumors (AT/RT), a rare cancer that affects infants and small children. 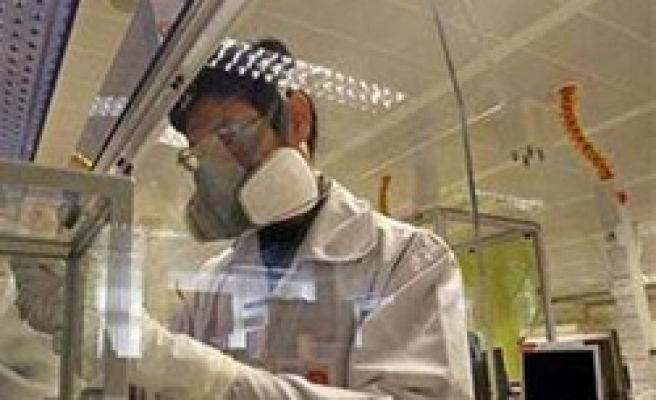 A new technique for culturing cancer cells from a virulent form of brain cancer affecting children and infants may speed development of a treatment for the disease, researchers at the University of Calgary said on Wednesday.

The research team has developed a new method for growing cells of atypical teratoid/rhabdoid tumors (AT/RT), a rare cancer that affects infants and small children.

Although there are only 10 to 15 cases of the cancer annually in Canada, fewer than 10 percent of the children under three years of age who get it survive.

The new method of growing the cancer cells may increase their chances by helping find effective drugs for treatment.

"To do (drug) tests we need to have cancer cells in cultures," said Aru Narendran, a physician and researcher at the University of Calgary. "We take the cancer cells, add the targeted therapy (drug) agent and show whether it can kill or not kill."

Narendran said the AT/RT cells had proven particularly difficult to culture. That hurdle was overcome by adding a small amount of brain fluid to the petri dish used to grow them.

The fluid was obtained, with parental consent, from an infant suffering from AT/RT who subsequently died.

Before the discovery, the AT/RT cells had proven unusually difficult to culture, Narendran told reporters.

"People have been trying very, very hard to grow them in cultures and they would not grow," he said. "We decided to put them with some of the fluid they are found in in the brain... Lo and behold they were able to grow."

The new culture has already proven useful for coming up with treatment options for the tumors. Researchers have been able to target receptors in the cells susceptible to drugs.

They found a molecule in the cells, called a "growth factor receptor", that aids the tumor's expansion in the brain. The researchers found a new drug, called AEW-541, that blocks the receptor. When the drug was added to a culture of AT/RT cells they all died.

"The cells went into a suicide mode," Narendran said. "They turned on their internal killing mechanism."

The findings were published last month in the Journal of Neuro-Oncology.