Cancer expected to skyrocket in Asia

Asia is bracing for a dramatic surge in cancer rates over the next decade as people in the developing world live longer and adopt bad Western habits that greatly increase the risk of the disease. 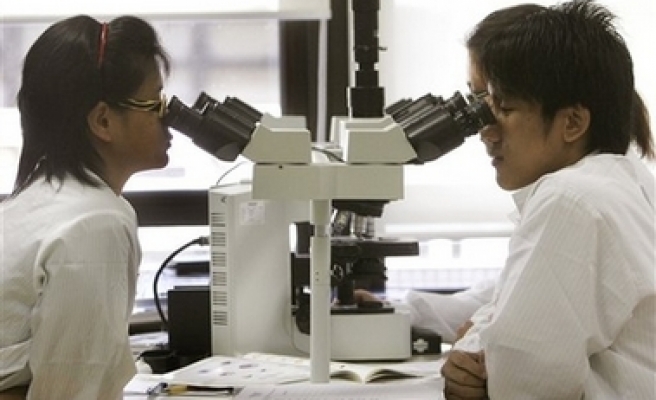 Asia is bracing for a dramatic surge in cancer rates over the next decade as people in the developing world live longer and adopt bad Western habits that greatly increase the risk of the disease.

Smoking, drinking and eating unhealthy foods — all linked to various cancers — will combine with larger populations and fewer deaths from infectious diseases to drive Asian cancer rates up 60 percent by 2020, some experts predict.

But unlike in wealthy countries where the world's top medical care is found, there will likely be no prevention or treatment for many living in poor countries.

"What happened in the Western world in the '60s or '70s will happen here in the next 10 to 20 years as life expectancy gets longer and we get better control on more common causes of deaths," said Dr. Jatin P. Shah, a professor of surgery at Memorial Sloan-Kettering Cancer Center in New York, who attended a cancer conference last month in Singapore.

"The habit of alcohol consumption, smoking and dietary changes will increase the risk of Western world cancers to the Eastern world," Shah said.

An estimated 40 percent of cancers worldwide can be prevented by exercise, eating healthy foods and not using tobacco, according to the World Health Organization.

But more people in Asia are moving into cities and becoming overweight and obese from inactivity. They are replacing fruits and vegetables with fatty meals full of meat and salt, which is leading to increases in stomach and colon cancers. Meanwhile, traditional diseases like malaria are killing fewer people — building an aging population that's a prime target for cancer.

The effect is already startling, with the Asia-Pacific making up about half of the world's cancer deaths and logging 4.9 million new cases, or 45 percent, of the global toll in 2002.

That number is projected to leap to 7.8 million by 2020 if nothing changes, according to Dr. Donald Max Parkin, a research fellow at the University of Oxford who is a leading authority on global cancer patterns and trends.

China alone, with its booming economy and 1.3 billion people, is home to about one-fifth of the world's new cases, compared to about 13 percent in the U.S. and 26 percent in Europe, Parkin said. Heart disease remains the top killer in China, but cancer is a close second.

Cancer deaths are slowly dropping in the United States, with slight declines recorded in 2003 and 2004. A decrease in smoking, coupled with early detection and better treatment of tumors is credited with the positive results — the first U.S. decline in cancer deaths since 1930.

Smoking is on the rise in Asia, where it's common to see people lighting up in airports, restaurants and even hospitals. Lung cancer makes up the bulk of all cases regionwide, followed by stomach and liver cancers. It also remains the biggest cancer killer worldwide.

"Lung cancer is the big one because of cigarette smoking. There are many tobacco advertisements — everywhere," said Dr. You-Lin Qiao from the Cancer Institute and Hospital in Beijing, who added that the odds are stacked against those diagnosed in China. "No matter if you're rich or poor, if you get lung cancer you die. There's no treatment at all."

While Americans and Europeans have been abandoning smoking, an estimated 300 million men are puffing away in China — equal to the entire U.S. population. If nothing changes, a third of Chinese men under age 30 are predicted to die from tobacco, with lung cancer already the biggest cancer killer there.

Smokeless tobacco is also a big problem in Asia's other giant, India, where many men and women chew some form of tobacco. Mouth cancer makes up half of all new cases in parts of the country.

A lack of vaccines that prevent cancer-causing viruses is another obstacle for Asia, which is home to about three-quarters of the world's liver cancers, caused largely by Hepatitis B infections.

A vaccine guarding against the virus has been available since the early 1980s and is routinely given to children in Western countries, but it is still not reaching large swaths of the Asia-Pacific.

Some experts worry it could take years before the new vaccine for the sexually transmitted human papillomavirus, or HPV, is available to women in developing countries. The three shots currently cost about $350 in the U.S. and are 70 percent effective against preventing HPV, the main cause of cervical cancer. It is already the No. 2 cause of cancer among women in Asia, after breast cancer.

"The problem is so huge that it's very difficult for us to know where to start," said Dr. Franco Cavalli, president of the nonprofit International Union Against Cancer. "All the new cancer treatments are so expensive, that already in the affluent countries we are not able to pay for them. ... So imagine what that means for low-income countries where you have $20 a year per person for health expenditures."

Regular screening, such as Pap smears and mammograms, is too costly for many poor countries. Treatment with radiation or chemotherapy is unfathomable for most. And in Asia, many patients seek help from hospitals in the late stages of disease after traditional medicine has failed to cure them.

Monika Bardhan of Malaysia's NCI Cancer Hospital has seen a dramatic increase in cancer patients over the past four years. "It's staggering. Every day I see a patient with breast cancer — I just hold my own and say a prayer."