A Russian movie portraying the battlefields in war-ravaged Chechnya stole the limelight in the 60th Cannes Film Festival, revealing the real drama of war-scarred people living in the small mountainous republic. 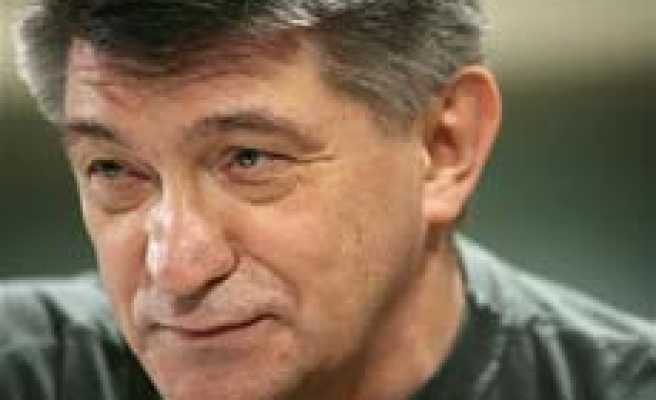 A Russian movie portraying the battlefields in war-ravaged Chechnya stole the limelight in the 60th Cannes Film Festival, revealing the real drama of war-scarred people living in the small mountainous republic.

"In this film about war there is no war," director Alexander Sokurov wrote in production notes issued to accompany his film "Alexandra" and cited by Agence France Presse (AFP).

"Alexandra" is one of 22 films in the main competition at the prestigious Cannes festival.

It joined the short list of front-runners for the top award at the end of the 12-day event, the Palme d'Or.

The audience at a press screening on Thursday warmly applauded the film as a moving and understated examination of war, loss and human relations in Chechnya.

Despite security risks, Sokurov, who also wrote the script, went to Chechnya and stayed in Grozny and Khankala for 28 days to make his film.

Sokurov, regarded by many as one of Europe's great film makers, asserts in the production notes that his film is not about Chechnya's plight alone.

"In this film we are talking about constants, and not only about Russian constants," he said.

Shot in muted colors and set in the searing heat and dust, "Alexandra" paints the portrayal of life on a Russian army base and a nearby Chechen town.

Alexandra, played by veteran actress and singer Galina Vishnevskaya, is a grandmother who travels to see her grandson, an officer of Russian Army, who serves in Chechnya.

But in the camp, the elderly Russian woman discovers a new world.

"I want to look," she tells her grandson. "It's important to me."

In male world where questions of life and death are decided every day, there is no warmth or comfort.

As she wanders around canvas tents and through checkpoints, Alexandra is shocked by the tragedy of young but worn out and somber troops who are too tired to show their feelings.

While the scenes she saw in the camp move her heart deeply, Alexandra finds a chance to meet with an elderly Chechen woman and a walk around the "wounded" city where her new friend lives.

In the bombed-out Chechen village, she meets with local women, children and teenagers who are resentful of the Russian army presence, and hints at why young Chechens are tempted to join the fight.

Chechnya has been ravaged by conflict since 1994, with just three years of relative peace after the first war between Russian forces and Chechen fighters ended in August 1996 and the second broke out in October 1999.

At least 100,000 civilians -- about 10 percent of the population -- are estimated to have been killed in both wars, but human rights groups have said the real numbers could be much higher.

Thousands of refugees from war-torn Chechnya live in battered tent camps in neighboring Ingushetia and refuse to return home because of continuing insecurity.

In one of the scenes of the movie, Alexandra is sitting with her new friends when a young Chechen tells her: "I know it's not your responsibility, but give us our freedom."