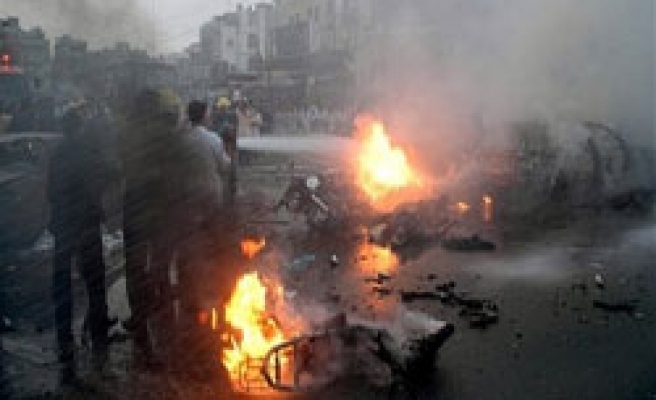 A parked car bomb has ripped through a packed outdoor market in southwestern Baghdad, killing 25 people and injuring 60 others, police say.

The blast occurred about 10am local time on Tuesday in the Shia-dominated neighbourhood of Amil, damaging a nearby medical centre and other buildings and setting cars on fire, police said.

The neighbourhood has seen an increase in violence in recent weeks, and Sunni politicians expressed fears in recent weeks that Amil was witnessing a resumption of sectarian cleansing by Shia militiamen.

The blast came amid a three-month-old US and Iraqi security crackdown, meant to flush out fighters and restore order to the capital.

US military officials said that armed groups, feeling the pressure from the crackdown, have fought back by carrying out more car bombings targeting civilians with devastating death tolls.

Police and other Iraqi security officers have been targeted by fighters, who accuse them of collaborating with US-led forces in the country.
Last Mod: 22 Mayıs 2007, 12:44
Add Comment