Carlos the Jackal to go on trial in France

Carlos the Jackal will be tried in France for four attacks that killed 11 people and injured almost 200 others in the 1980s, a justice official said on Friday. 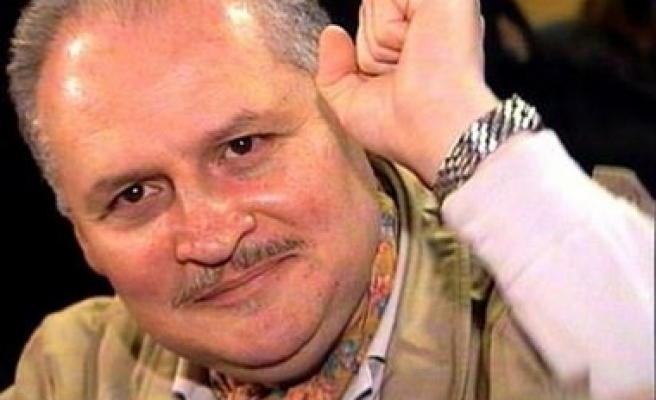 Carlos the Jackal will be tried in France for four attacks that killed 11 people and injured almost 200 others in the 1980s, a justice official said on Friday.

Judge Jean-Louis Bruguiere granted prosecutors' request that Carlos, a Venezuelan whose real name is Ilich Ramirez Sanchez, be tried for the attacks. A trial is expected at the end of 2007 or beginning of 2008.

Prosecutors say Carlos, now serving a life sentence for the murders of two French secret service agents, launched the bomb attacks in a bid to win the release of his companion, Magdalena Kopp, a German former revolutionary held in France at the time.

He is charged with the March 29, 1982, bombing of a Paris-Toulouse train; the April 22, 1982, attack outside the Paris offices of newspaper Al Watan; and the December 31, 1983, attacks on a TGV high-speed train and a Marseille station.

If convicted, any sentence will have to run concurrently with his existing life term handed down at a 1996 trial for the deaths of the secret service agents and their informer in 1975.

In 1994, France spirited Carlos out of his refuge in Sudan, where he had converted to Islam and married a local woman under Muslim rites. He has since married his French lawyer. Last Mod: 04 Mayıs 2007, 16:15
Add Comment