Former US President Jimmy Carter has criticised outgoing British Prime Minister Tony Blair for his "blind" support of the war in Iraq. 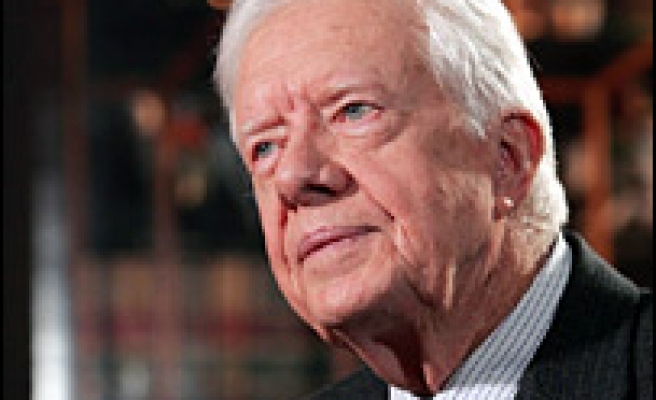 He said the UK's "almost undeviating" support for "the ill-advised policies of President Bush in Iraq had been a major tragedy for the world".

His comments came as Mr Blair paid what is likely to be his last visit to Iraq.He flew into the capital, Baghdad, for talks with President Jalal Talabani and Prime Minister Nouri Maliki at which he is expected to push for greater reconciliation between Iraq's Sunni and Shia factions.

Mr Blair is due to leave office at the end of next month.

Mr Carter said that if Mr Blair had distanced himself from the Bush administration's policy during the run-up to the 2003 invasion of Iraq it might have made a crucial difference to American political and public opinion.

"One of the defences of the Bush administration... has been, okay, we must be more correct in our actions than the world thinks because Great Britain is backing us," he told the Today programme on Radio 4.

"So I think the combination of Bush and Blair giving their support to this tragedy in Iraq has strengthened the effort and has made the opposition less effective and prolonged the war and increased the tragedy that has resulted."

The war had "caused deep schisms on a global basis", he said, and he hoped Mr Blair's successor, Gordon Brown, would be less enthusiastic in his support for it.

The former US president has been a fierce critic of the US-led war in Iraq.

In an interview last year, he said he was "disappointed" by Tony Blair's failure to use his influence with President Bush more wisely.

In 1976, Mr Carter unseated the incumbent Gerald Ford to become the 39th US president, serving until 1981.

He won the Nobel Peace Prize in 2002, for what presenters cited as decades of work seeking peaceful solutions and promoting social and economic justice.