A budget row dominated the final day of the Convention on International Trade in Endangered Species (CITES) forum. 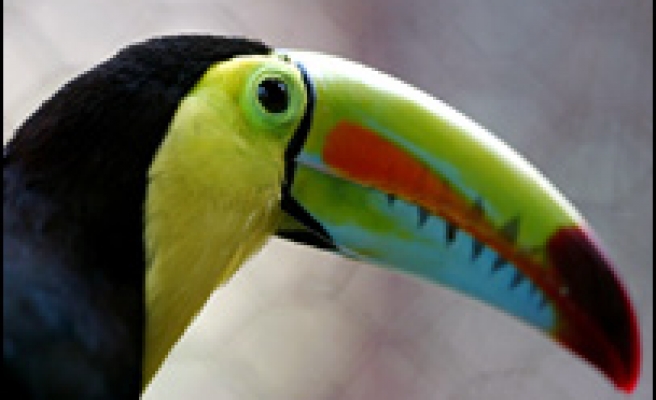 Member states approved a cut in real terms in CITES' budget, which could compromise attempts to control the illegal wildlife trade.

In a blow to whaling countries, delegates upheld an earlier ruling that CITES would not assess whale stocks.

An earlier proposal to prevent corals being used in jewellery was overturned, to the dismay of conservation groups.

And a renewed bid by the European Union to restrict trade in the spiny dogfish - sold in British fish and chip shops as huss, or rock salmon - was defeated.

The final day of the meeting was marked by acrimonious rhetoric, political wrangling and farcical scenes as the electronic voting system malfunctioned, delegates delayed proceedings by raising point after point of order, and a number of countries' seats emptied as people left for early flights home, missing the crucial late votes.

The biggest single issue had been resolved on Thursday, when delegates voted to allow southern African countries a one-off sale of stockpiled ivory, the third such sale since the ivory trade was banned in 1989.

But there is deep concern about the documented rise in illegal trading in ivory and rhinoceros horn, which is partly down to the low capacity of some central and west African nations to control poaching and domestic markets.

"Ultimately, CITES is about the ability of countries to implement it," said Sue Mainka of the World Conservation Union (IUCN).

"That runs from customs authorities being able to recognise a specimen that's under CITES control, to being able to handle anything that's confiscated, to general public awareness campaigns about why all this is important.

"It's national-level capacity that will make CITES a success."

By implication, lack of national capacity will make CITES a relative failure; and the funding increase of just 6% voted through by delegates is in real terms a sharp decline, which may reduce the ability of the CITES organisation to improve that situation.

CITES secretary-general Willem Wijnstekers said the organisation needed a funding increase of 20% just to stand still. It receives funds in US dollars, but disburses money in Swiss francs, and the recent dollar devaluation has hurt its finances.

The US and Japan, the two biggest funders, said they had no mandate from their governments to approve any funding increase.

The major disappointments for conservation groups concerned the marine environment
The European Union re-opened a proposal to have the spiny dogfish, a shark species, listed on CITES Appendix 2, which allows international trade under permits.

It believed fresh data might persuade delegates who had voted the motion down earlier in the meeting to approve it this time around; but in a secret ballot, it fell again.

"We've been fighting a serious bloc of countries that have been opposed to listing on CITES of any sharks; now we're dealing with commercially valuable shark species, and it's even more of an uphill battle."

Another secret ballot overturned the earlier Appendix 2 listing of Corallium, a group of red and pink corals.
Some conservation scientists believe that by the time of the next CITES meeting, Corallium will be so depleted that it will have to go on Appendix 1, which bans international trade.

The leader of the EU delegation, Germany's Jochen Flasbarth, believes that CITES' inclusion in recent years of commercially valuable species such as hardwoods, fish, whales and coral in its remit may have stimulated the politicking.

"If you look for the real problems of biological diversity around the world, it's clear that they lie in the forests and the marine environment," he said.

"And as soon as you interfere in these areas you are confronted with huge economic interests."

Whaling had threatened to prove almost as controversial as ivory during this meeting, which followed hard on the heels of the International Whaling Convention's (IWC) annual gathering in Alaska, where pro-whaling Japan and its allies suffered a number of defeats.

An assessment that stocks are healthy could potentially lead to approval of the whale meat trade, and hence of commercial whaling itself.

Not only were these proposals defeated, but an Australian amendment, that CITES should never review whale stocks while the 21-year IWC moratorium remained in force, was approved.

Attempts by Japan's traditional allies to re-open this issue on the meeting's final day failed.

"It's another huge defeat for the whalers," commented Nicolas Entrup of the Whale and Dolphin Conservation Society.

"They lost at the International Whaling Commission meeting, they lost again here, and on top of that CITES has agreed not to consider whales again while the IWC moratorium remains in force."

The next CITES summit is scheduled for three years' time, and is likely to be held in Qatar.

With 150 species being lost each day according to the UN, and with international trade partly responsible, it is likely to see many more protection requests from conservation groups, but equally implacable opposition from countries that feel their commercial interests being threatened.