Workers in Gaza say Hamas has been paying salaries on time despite the Western boycott, imposed over Hamas after the Islamist group won 2006 parliamentary elections. 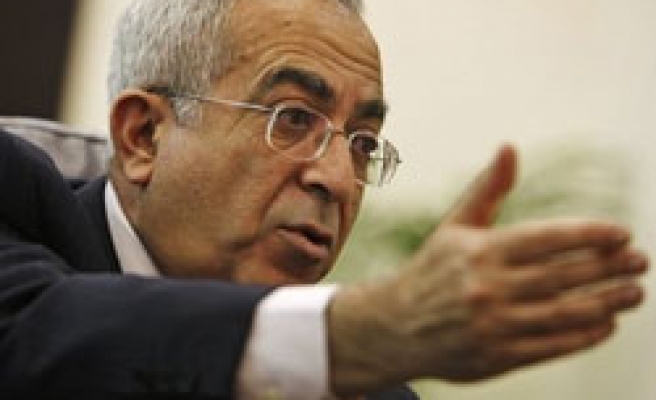 The unusual appeal underscores the extent of the Palestinian Authority's budget crisis despite billions of dollars in aid pledged last year to support a U.S.-backed peace drive.

The Palestinian Authority's workers are due to be paid in the first week of each month. Any delay would be embarrassing for Fayyad's Western-backed government, formed a year ago in the occupied West Bank after Hamas seized control of the Gaza Strip.

Palestinian officials expressed hope that the World Bank would provide the written assurances sought by Fayyad. World Bank officials in the West Bank declined to comment.

Workers in Gaza say Hamas has been paying salaries on time despite the Western boycott, imposed over Hamas after the Islamist group won 2006 parliamentary elections.

European officials said private banks have started asking for greater assurances before providing loans to Abbas's Palestinian Authority because of the uncertainty over donor funds. Fayyad could face a similar shortfall in future months unless donors pay their commitments on schedule, they added.

Palestinian Planning Minister Samir Abdallah said salary payments may be a few days late. "We have a solid commitment that this serious crisis will be solved soon," Abdallah said, without elaborating.

Palestinian and European sources said Fayyad asked the World Bank on Sunday for the letter to assure private banks that over $80 million in Kuwaiti money deposited in a World Bank trust fund would reach Palestinian Authority coffers by August 15.

But only a fraction of that money has materialised and most of it has been earmarked for projects, meaning Fayyad cannot use it to pay salaries or meet government expenses.

Abdallah said Fayyad's government, also hit by the dollar's weakness against the Israeli shekel that is used to pay Palestinian salaries, is asking donor countries to convert project financing into direct budget support.

"We cannot continue with our reform plan and economic revival without budget support," he said.