Castro: Cuba does not have to explain on Russian bomber report

U.S. Air Force Gen. Schwartz said if the Russians did refuel the bombers in Cuba, "we should indicate that that is something that crosses a threshold, crosses a red line for the United States of America." 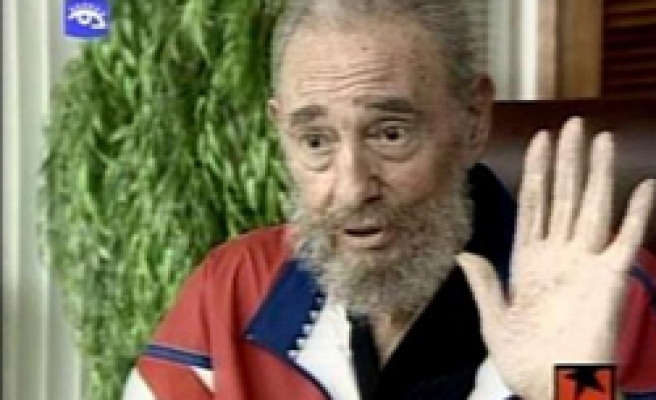 Former Cuban leader Fidel Castro on Wednesday said Cuba does not have to explain or "ask forgiveness" about a report out of Russia this week that Russia might use its Cold War ally Cuba as a refueling base for nuclear-capable bombers.

He did not address whether the report was true or false, and Cuban officials have made no comment.

"One doesn't have to give explanations nor ask excuses or forgiveness," the ailing 81-year-old said in one of his increasingly frequent opinion pieces.

On Tuesday, U.S. Air Force Gen. Norton Schwartz told the U.S. Senate Armed Services Committee that if the Russians did refuel the bombers in Cuba "we should stand strong and indicate that that is something that crosses a threshold, crosses a red line for the United States of America."

Russian officials have denied the Izvestia report, but the dust-up has stirred memories of the 1962 Cuban missile crisis when the United States and Russia faced each other down after the discovery of Soviet missiles on the island 90 miles (144 km) south of Florida.

The two-week crisis brought the Cold War foes close to a full-blown war until the Soviets agreed to take down the missile sites in exchange for a U.S. pledge not to invade Cuba and to remove U.S. missiles from Turkey.

Castro said the comments by Schwartz, who has been nominated to become the Air Force's top military officer, were an example of the "Machiavellian strategy that the empire (U.S.) applies to Cuba."

Castro led Cuba after taking power in a 1959 revolution until he provisionally put Raul Castro in charge two years ago following intestinal surgery. The younger Castro, who is 77, formally replaced him in a February vote by the National Assembly.

The elder Castro has not been seen in public since his surgery, but of late has been writing lots of opinion pieces and occasionally appears in videos and photos.