A healthier looking Fidel Castro appeared on Cuban television Tuesday, speaking slowly and focusing on past memories rather than his recovery and future in his first lengthy appearance since he fell ill and gave up power last summer. 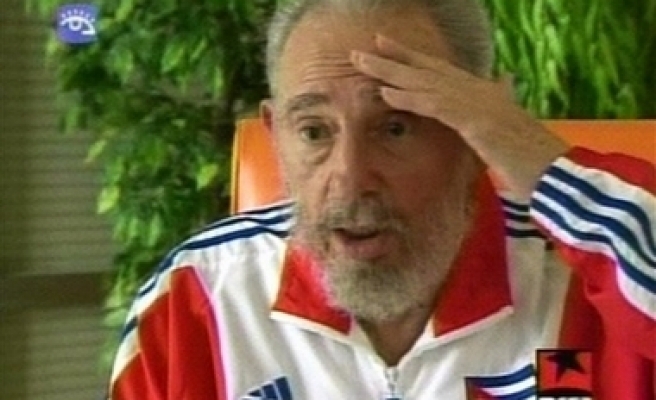 A healthier looking Fidel Castro appeared on Cuban television Tuesday, speaking slowly and focusing on past memories rather than his recovery and future in his first lengthy appearance since he fell ill and gave up power last summer.

The 80-year-old Castro's now grayer beard and hair were well-trimmed and he looked rested and alert — no longer the picture of a man on the verge of death. But he did not speak of international issues and did not mention any plans to return to governing Cuba.

"I tell my compatriots, I'm now doing what I should be doing," Castro said, during an interview with Randy Alonso, host of the government's nightly "Round Table" program. "There are no secrets."

But his condition and exact ailment have remained state secrets since July 31, when Castro announced he had undergone emergency intestinal surgery and was stepping aside in favor of a provisional government headed by his 76-year-old brother Raul, the defense minister.

Castro has been recovering in an undisclosed location and has not been seen in public since that announcement. Life on the island has been little changed and top officials have insisted for months that Castro's health is improving.

The interview was taped Monday and lasted about 50 minutes. It was impossible to tell whether the footage has been edited.

Sometimes grinning in awe and sometimes listening intently, Alonso got Castro talking by asking open-ended questions in a soft tone to start. At one point, Alonso said the ailing leader was in good spirits and Castro agreed.

Castro was wearing a red-white and blue tracksuit affixed with a Cuban flag. He often shook his arm and extended a finger for emphasis as he spoke about his past visits to Vietnam and recalled a weekend meeting with the chief of that country's Communist Party, Nong Duc Manh.

"How hot it was," said Castro, recalling his 1973 visit to Vietnam when the U.S. was still backing the south in a war there that the communist north eventually won. "It was like you jumped in a pool with clothes on," he said of the humidity, which can also be brutal in Havana.

After a few minutes, Castro began reading a tedious string of statistics about the number of teachers and other basic services in Vietnam from a notebook in his lap.

Castro sounded coherent but meandered from one topic to another, much as he typically had done in speeches before he fell ill. More than anything he said, the interview was notable for how much stronger and healthier Castro looked.

It took him about 40 minutes to mention President Bush, and then only in the context of international meetings about the environment.