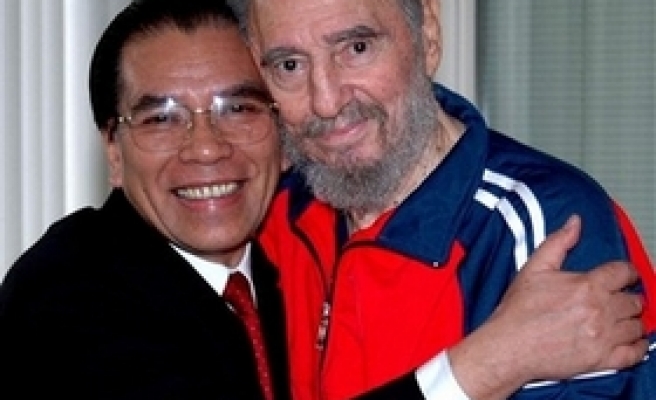 "It was a meeting that ratified the warm ties that unite our nations," said an official statement read on the evening news broadcast.

The statement said Castro and Manh met for two hours, discussing themes "of mutual interest and especially about Latin America and the Caribbean."

State television several hours later showed a brief videotape of the meeting, but the footage was not immediately made available for use by international news organizations.

The 80-year-old Castro has not been seen in public since he announced on July 31 that he had undergone emergency intestinal surgery and was temporarily ceding power to his brother Raul, the Defense Minister, who turns 76 on Sunday.

In one of a new series of essays he has been writing during his convalescence, Castro said he had undergone numerous operations and the first one had not gone well, explaining why his recovery has been delayed.

Nevertheless, senior Cuban officials have repeatedly said Castro is on the mend and the government has occasionally released photographs and videotapes during his recovery.

Castro met on April 20 with Wu Guanzheng, the head of a visiting Chinese Communist Party delegation and photographs of the encounter were published the following day in Cuba's communist party newspaper.

Raul Castro and Manh signed a series of bilateral accords on Friday, including one that will make Vietnam Cuba's latest partner in oil exploration and drilling in the Gulf of Mexico. Last Mod: 03 Haziran 2007, 12:17
Add Comment