The CIA offered 150,000 dollars to Mafia figures to kill Cuban leader Fidel Castro, just one of several CIA plots against foreign leaders detailed in 693 pages of classified US documents released. 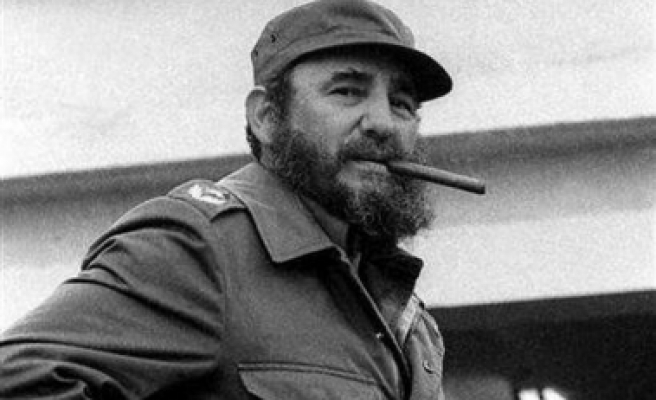 The CIA offered 150,000 dollars to Mafia figures to kill Cuban leader Fidel Castro, just one of several CIA plots against foreign leaders detailed in 693 pages of classified US documents released on Tuesday.

Other targets of CIA targets, long alleged but only now revealed in the intelligence agency’s own documents, included Congo independence leader Patrice Lumumba as well as dictator of the Dominican Republic, Rafael Trujillo.

The documents also detail apparently illegal government spying on US citizens opposed to the Vietnam War and on prominent journalists in the 1970s, as well as experiments using drugs on unsuspecting subjects.

Among the CIA files is a lengthy memo which exposes the agency’s recruitment of top mafia figures already wanted for crimes in order to assassinate Cuba’s communist leader.

“The mission target was Fidel Castro,” said the 1973 document.

According to the memo, the man chosen for the “sensitive mission requiring gangster-type action” was one Johnny Roselli—in reality Santos Trafficant, head of mafia Cuba operations.

He recruited a second man for the mission called Sam Gold, whom the CIA discovered was actually Salvatore “Momo” Giancana, head of the Chicago mob and “successor to Al Capone.”

Both were on the US attorney general’s ten most-wanted fugitives list, according to the memo.

“It was to be made clear to Roselli that the United States Government was not, and should not, become aware of this operation,” it said.

The mafiosi recommended against the use of firearms to kill Castro, it said, and suggested instead “some type of potent pill that could be placed in Castro’s food or drink.”

“Sam indicated that he had a prospective nominee in the person of Juan Orta, a Cuban official who had been receiving kick-back payments from the gambling interests, who still had access to Castro, and was in a financial bind,” the memo said.

Roselli gave Orta the pills, but “After several weeks of reported attempts, Orta apparently got cold feet and asked out of the assignment.”

“Roselli made it clear he did not want any more for his part and believed Sam would feel the same way.

“Neither of these individuals were ever paid out of Agency funds,” the document said.

The assassination was meant as a prelude to the disastrous invasion of Cuba’s Bay of Pigs.

The documents declassified Tuesday were dubbed the CIA’s “family jewels,” denoting the importance of their secrecy.

They detail surveillance of Americans who opposed the Vietnam War; opening personal mail to and from China and the Soviet Union, including four letters to actress Jane Fonda; break-ins on the properties of former CIA employees; wiretapping of journalists’ telephones and experiments using drugs on unsuspecting subjects.

These acts were all part of the CIA’s snooping in the 1970s, even though the agency is forbidden to conduct intelligence gathering on US soil.

Also revealed are plans to assassinate the Congo’s anti-colonial Lumumba, who was overthrown in a 1960 coup long believed backed by the CIA, and Dominican Republic strongman Trujillo, who was shot dead by political opponents in 1961.

The files were assembled by then-director of the CIA James Schlessinger, after the agency was implicated in the Watergate scandal that led to the resignation of president Richard Nixon in 1974.

“Much of it has been in the press before, and most of it is unflattering, but it is CIA’s history,” he said.