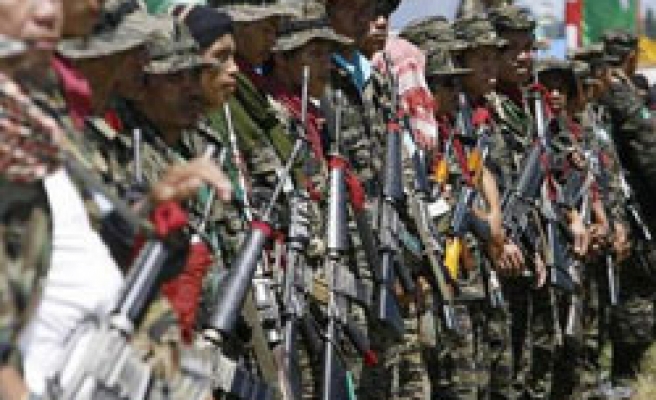 Catholic officials from two cities in the southern Philippine island of Mindanao are calling for protests next week against a government deal that increases the size of an autonomous region for Muslims.

A copy of the deal, seen by Reuters, commits both parties to agree a formal peace deal by November 2009.

The proposed new Muslim state would receive 75 percent of all central government revenues from resources found in the ancestral area. It would also have broad political, economic and cultural powers but would not have control over defence, foreign and monetary policies.

This week, the Supreme Court asked government lawyers to respond to a petition by a governor and congresswoman from North Cotabato province asking that the signing be stopped.

But the court did not issue an order halting the signing in Kuala Lumpur on Aug. 5.

The mayors of Zamboanga and Iligan said on Saturday they would also ask the Supreme Court to block the signing.

Lobregat said many businesses had agreed to close on Monday to join the protest.

Based on the deal to be signed on Tuesday and brokered by Malaysia, Manila would hold a plebiscite in August 2009 to expand by 730 villages the existing ARMM and would set up a new form of government for Muslims after a final deal is reached.