The fighters, who despite frequent internal splits have fought for more than two years to overthrow Deby, demand that the president open a national dialogue with his armed and civilian opponents to discuss a transition to fresh elections. 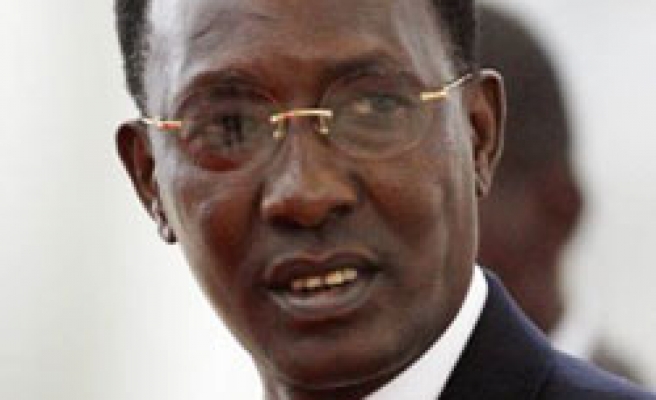 Chadian fighters accused President Idriss Deby on Sunday of rejecting their calls for genuine dialogue and said this left them no choice but to maintain their military campaign to overthrow him.

"He has rejected dialogue," Ali Gadaye, spokesman for the National Alliance told Reuters by telephone, referring to a speech by Deby on Saturday in which he blamed neighbour Sudan for a series of attacks launched since June 10.

Asked if the National Alliance would maintain its military campaign against Deby, Gadaye said: "If he gives us no other option, what can we do?".

After a week of announcements of rapid advances in the east, Chad's armed forces said they defeated the main column at Am-Zoer on Tuesday, inflicting heavy casualties.

In a conflicting version, the fighters said they killed "hundreds" of government troops in the Am-Zoer battle.

But there was no clear independent confirmation of the outcome of the fighting. The fighters, who raided the capital N'Djamena in February, have often retreated back to their bases on the eastern border, emerging later to strike again.

Fighters' representative Gadaye, who spoke from a Sudanese mobile phone number, said previous peace pacts offered by Deby sought to co-opt his insurgent foes and bring them into his administration, which they condemn as corrupt and dictatorial.

"It is a much deeper problem ... We want an inclusive round-table that includes all parties in Chad," Gadaye said.

The fighters, who despite frequent internal splits have fought for more than two years to overthrow Deby, demand that the president open a national dialogue with his armed and civilian opponents to discuss a transition to fresh elections.

They say Deby's rule since he seized power in a 1990 revolt from the east has unfairly favoured his family and Zaghawa tribal clan over other groups in the ethnically mixed country.

In their fast-moving attacks in the east, the fighters avoided attacking EUFOR troops, whose commanders have said they will remain neutral and stay out of Chad's internal conflict.