Chad and UNICEF began Friday to send home 103 African children that a French charity had sought to kidnap to France in October, authorities said. 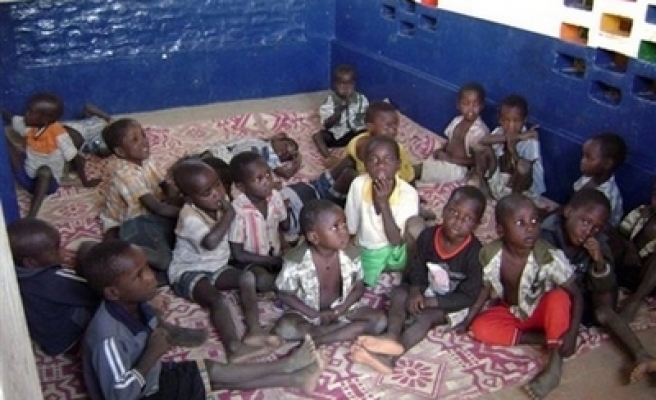 "UNICEF has committed itself to monitor these children in their respective families," Mariam Ndiaye, UN Children's Fund (UNICEF) representative for Chad, said as the youngsters began their journey home.

Eighty-three children were the first to leave an orphanage in Abeche, eastern Chad on Friday in two buses headed 150 kilometers (95 miles) east to Adre where family members were waiting for them.

The 103 children -- almost all of whom are from Chad -- had been staying at the orphanage ever since the scandal involving the Zoe's Ark charity, which claimed that they were Darfur refugees.

The charity's head Eric Breteau and five colleagues were sentenced in December to eight years hard labour by a Chad court for the kidnapping last year, before being sent to France to serve their sentence in jail.

Five Sudanese children and one child authorities are still attempting to identify will be temporarily placed in the care of the Red Cross.

"The parents were abused and false promises were made," Chad's Social Action Minister Ngarmbatina Carmel Sou IV said as the 81 boys and 22 girls aged one to 11 years prepared to go home.

"For the Chadian government, it's been an occasion to find out how many children are abandoned with no schooling," she added. The villages around Adre are isolated and very poor.