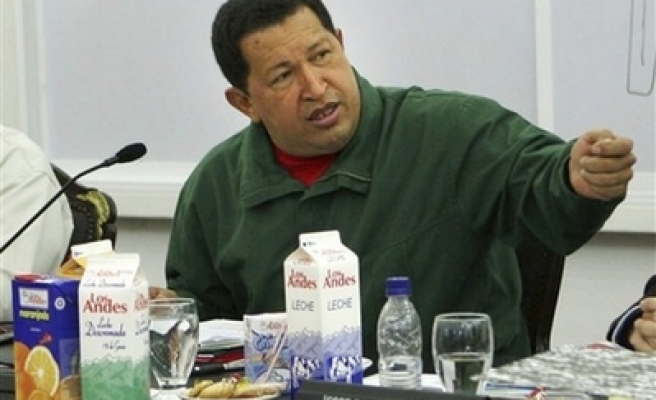 President Hugo Chavez on Thursday announced the immediate nationalization of Venezuela's cement industry, a move that will hit Mexico's Cemex, just a year after Chavez launched a wave of state takeovers.

"Nationalize it, and as of this instant take all the legal measures ... to nationalize in the short term all of the national cement industry," Chavez said during a televised speech.

Chavez has frequently accused private cement companies of exporting their production rather than selling it into the domestic market to help ease a housing shortage that has drawn complaints from his supporters.

Last year he warned of "corrective actions" against Venezuelan Cemex, a local division of Cemex after residents accused it of polluting.

Analysts at the time said Cemex was big enough that it would not likely be affected by a takeover of its Venezuelan holdings.

Investors in recent weeks have started worrying that the world's No. 3 cement producer could face lower profits as a result of an economic slowdown in the United States.

Venezuela in 2007 took over the assets of Cementos Andinos, owned by Colombia's Argos.