Some major oil companies operating in Venezuela have rejected the terms for the enforced takeover of part of their operations by the state, the president says. 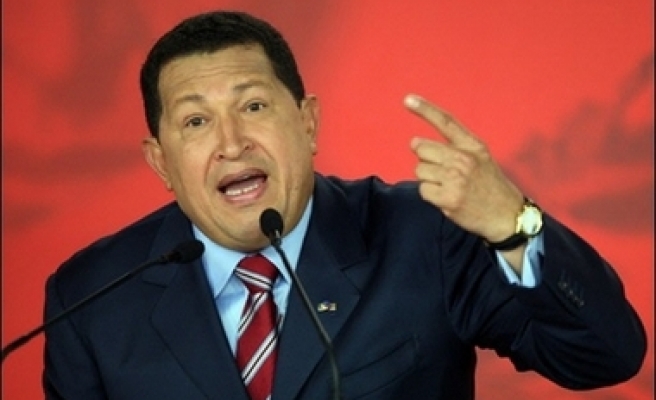 Some major oil companies operating in Venezuela have rejected the terms for the enforced takeover of part of their operations by the state, the president says.

Hugo Chavez said late on Friday that if they did not accept the nationalisation deals ahead of Tuesday's deadline, they would be told to leave.

Venezuela's state oil company plans to take at least a 60 per cent share in four projects in the oil-rich Orinoco belt. Currently it has an average of about 40 per cent.

"It seems there are some transnational companies that do not want to accept [the terms]," Chavez said in a speech.

"Well if they do not want [to accept the terms], I told the minister to tell them they can go, that they should leave, that we, in truth, do not need them," he said after a meeting with his energy minister to review the progress in negotiations.

Exxon Mobil, ConocoPhillips, Chevron Corp, Norway's Statoil, Britain's BP Plc and France's Total are the companies operating the targeted projects, which are valued at more than $30bn and are capable of producing 600,000 barrels a day.

But Chavez, who is on a drive to nationalise large areas of the economy, did not say which ones had rejected the state's terms.

Earlier on Friday, Rafael Ramirez, the energy minister, told reporters he knew which companies would leave due to the nationalisation, although he did not name them.

Venezuela has previously said that Conoco had been resisting the plan and Exxon's negotiations have been difficult, according to sources close to the talks.

The government has given the companies until Tuesday to agree to the terms of takeover of their assets in one of the world's biggest oil reserves.

The takeover was set in motion by a presidential decree on May 1 which set Tuesday's deadline and gave a further two months for the legislature to review the terms of the deals.
Last Mod: 24 Haziran 2007, 12:00
Add Comment