Chechen journalist to speak Russian violence in US

Fatima Tlisova had been beaten, harassed and, she suspects, poisoned while working as a journalist in Russia. But she finally decided to flee the country the day she sent her 16-year-old son on an errand last year and he didn't come back. 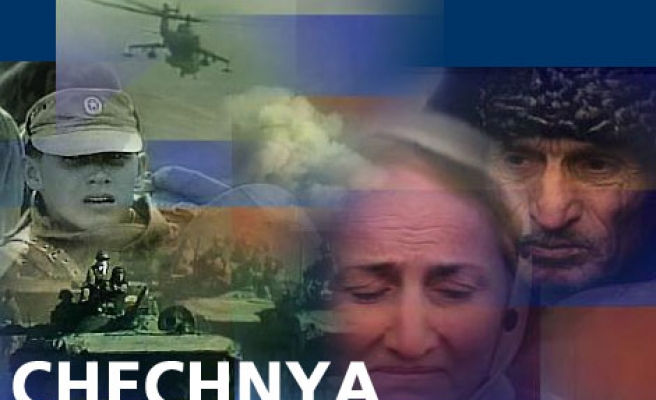 Fatima Tlisova had been beaten, harassed and, she suspects, poisoned while working as a journalist in Russia. But she finally decided to flee the country the day she sent her 16-year-old son on an errand last year and he didn't come back.

Tlisova later tracked him down at a police station in the custody of drunken officers who said they'd put the boy's name on a list of suspicious people — a tactic often used by police in roundups of "suspected Chechen sympathizers".

Sometimes, human rights advocates say, those caught up in such sweeps are savagely beaten. Sometimes, they vanish forever.

"Do you know what these lists are? These are lists of broken lives," Tlisova said. "The fact that a drunken policeman can drag an innocent young man into a police station in broad daylight and put him on such a list — I didn't want that to happen to my son."

Tlisova, who worked for The Associated Press in Russia's violent North Caucasus region for nearly two years, is scheduled to speak Thursday at a U.S. Congressional Human Rights Caucus round-table in Washington.

She has moved to the United States to study journalism, keeping her hand in her profession while getting far from the dangers of working in her native land.

Tlisova said her son's detention came just one day after the killing in Moscow of Anna Politkovskaya, a reporter who, like Tlisova, often had written about civilians being killed, beaten and abused in the heavily Muslim North Caucasus.

Politkovskaya was well enough known abroad that her death made international news. But most cases of abuse, intimidation and killings of Russian journalists attract little if any attention.

The New York-based Committee to Protect Journalists said in January that 13 Russian journalists have been murdered in contract-style killings since 2000, making Russia the third-deadliest country for journalists after Iraq and Algeria in the past 15 years.

That report came before the death of Igor Safronov, who died in a plunge from his Moscow apartment building that was investigated as a suicide but widely suspected to have been murder.

Tlisova says her troubles began in 2002, a few days after writing a story for the Obshchaya Gazeta newspaper documenting soldiers' abuses of Chechens.

After a party celebrating her 36th birthday, she walked her friends to the door of her apartment building. After the last guests departed, a hand grabbed her and she says she was dragged around a corner and beaten by two large men. She spent several days in intensive care with broken ribs, a concussion and other injuries.

In 2005, a car with tinted glass pulled up to her on a Nalchik street and she was told to get inside if she wanted to see her children again. She says she then was taken to a forest and held there for three hours.

She says several men dragged her about by her hair and extinguished cigarettes on her fingertips, telling her they were doing it "so that you can write better."

Tlisova believed reporting her abduction to the police was out of the question because she says she recognized her abductors as local officers of the Federal Security Service.

A few weeks after her son's detention in October 2006, Tlisova said she came home one night to find signs that her apartment had been broken into. The next morning, she awoke feeling seriously ill, then fainted. Hospital tests showed she was suffering acute kidney failure, although tests 10 days later showed her kidneys functioning normally. She believes an intruder put poison in her food.

Tlisova stepped up her efforts to find a way to get out of Russia but fell ill again. As she lay in a hospital, she vowed she'd get out of journalism — but the decision sat uneasily with her.

Then a woman called her and asked her to come to her village to investigate the mysterious illnesses afflicting children at a school there.

"I got this urge, this feeling that I had to go, I had to find out what happened," she says, and she went to cover the story.

Two months later, she arrived in the United States, relieved to be in a safer place, but frustrated that she can no longer tell the world about the violence in her homeland.

Injustices "are happening every day, one cannot be silent about them," she says.