Authorities descended on a Staten Island home after learning of the presence of large amounts of potassium nitrate, authorities said. 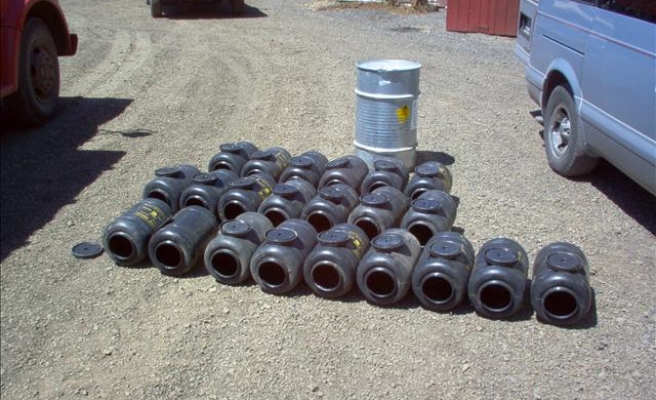 Police discovered more than a ton of the substance in a storage facility near the home. Small amounts of potassium nitrate, mercury, peroxide and sulfur were found inside the residence.

The resident, a man in his 50s, was taken into custody and charges were pending. His name was not released.

The substance is often used in pyrotechnics, but NYPD spokesman Paul Browne said Thursday there was no evidence the man was involved in making bombs or selling bomb-making materials.

The man was apparently selling the chemicals in smaller quantities on the Internet, authorities said. The Bureau of Alcohol, Tobacco and Firearms and Explosives was investigating.

Joseph Green, a senior special agent with the ATF, said an Ohio vendor who deals with chemicals notified the agency  that a resident of Staten Island had ordered a large quantity of chemicals.

Police evacuated a block in Graniteville, on the west side of Staten Island. The area around the house was cordoned off as concerned residents waited to return to their homes.

Police were not sure when residents would be allowed home. The chemicals first had to be moved to a site in the Bronx.

Nicole Bermudez, 13, said that at about 6:30 p.m. police knocked on her door and instructed her family to evacuate.

"They told us to leave the house, that they found explosives, we grabbed our things and left. We were scared," she said.