Vice President Dick Cheney made on Wednesday an unannounced visit to Baghdad. He was later to visit the UAE, Saudi Arabia, Egypt and Jordan. 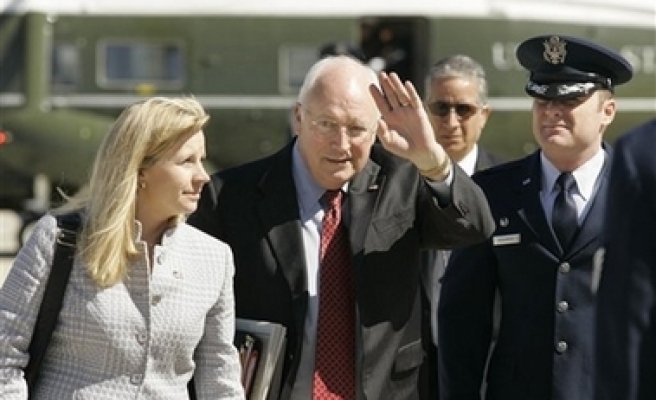 Vice President Dick Cheney made on Wednesday an unannounced visit to Baghdad.

Cheney made Iraq the first stop of a weeklong trip to the Middle East.

He got a firsthand briefing on conditions from Gen. David Petraeus, the top U.S. commander in Iraq, and the new U.S. ambassador here, Ryan Crocker.

In what was to be a full daylong meeting, Cheney was to meet with Prime Minister Nouri al-Maliki, as well as with Iraq's Kurdish president and its Sunni and Shiite vice presidents.

Aides said Cheney's mission was both to get a sense of the situation on the ground in Iraq and to deliver a message that more work is needed on the political front to overcome difficulties.

That included a renewed request that the Iraqi parliament not take a two-month vacation as many lawmakers here have urged.

Cocker told reporters traveling with Cheney that urging the parliament to stay in session through these difficult times was clearly on the vice president's agenda.

"For the Iraqi parliament to take a two-month vacation in the middle of summer is impossible to understand," said Crocker, who traveled with Cheney from Washington.

The official spoke on condition of anonymity since Cheney had yet to begin his series of meetings.

In addition to meeting separately and jointly with Iraq's top leaders, the vice president also was to meet with leaders of other influential factions and political organizations.

Cheney was to have lunch with al-Maliki and Iraqi officials and then have dinner with them at the U.S. Embassy.

Cheney's public schedule called for him to stop first at the United Arab Emirates, but he came first to Iraq instead. He was later to visit the UAE, Saudi Arabia, Egypt and Jordan.