US Vice President Dick Cheney's nine-day trip to the Middle East and Turkey does not aim to set the stage for a US military strike on Iran, a senior aide said on Thursday. 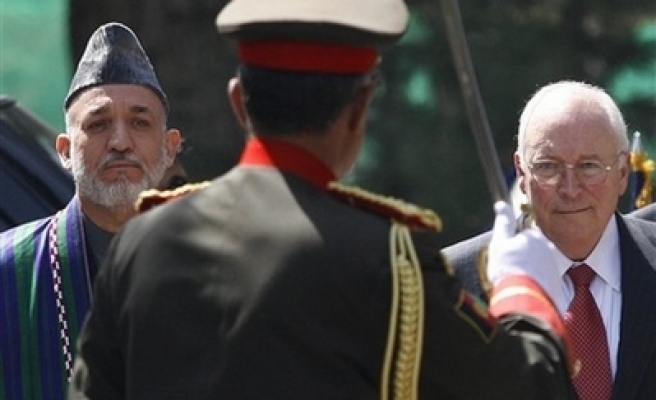 "That's not what these discussions are about," the aide told reporters on condition of anonymity, after Cheney held extensive talks in Oman with Sultan Qaboos before heading to Afghanistan.

The aide said the talks focussed extensively on Iran.

"The vice president talked about the concerns we have about the full range of their activities," said the official, underlining what the United States sees as "an increase in the Iranian relationship with Hamas."

In addition to links with the Palestinian group, the aide said, the two men discussed how "through Hezbollah, Iran has been allowed to become the dominant power in Lebanon."