Chief Justice Tülay Tuğcu said yesterday that comments she made were “misunderstood,” she did not mean that the president could not send constitutional changes to referendum if Parliament approves them for a second time. 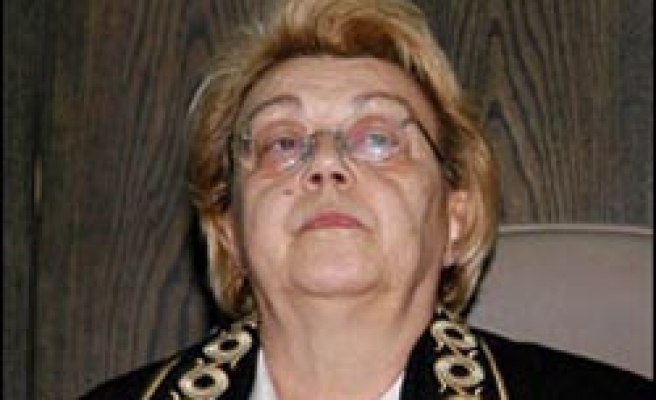 Chief Justice Tülay Tuğcu said yesterday that comments she made over the weekend concerning a package of constitutional amendment proposals were “misunderstood,” emphasizing that she did not mean that the president could not send constitutional changes to referendum if Parliament approves them for a second time.

Tuğcu, speaking in Azerbaijan’s capital of Baku, said on Saturday that the changes, which are aimed at clearing the way for public election of the president and reduction of the government term from five to four, stemmed from a need and dismissed claims that they could spark a “regime change.” Tuğcu also caused a legal debate when she further said that the president could not put the constitutional amendments, which have already been passed by Parliament, to a referendum. Legal experts objected to her statement, carried by the semi-official Anatolia news agency, saying the Constitution clearly stipulates that constitutional amendments approved by at least 367 votes could be put to a referendum by the president if they are approved for a second time by Parliament.

Tuğcu then reportedly said: “There is no question about it (the proposed constitutional change) going to referendum because it was accepted at a clear vote level. It will come up again, [President Ahmet Necdet] Sezer will examine it again, and it will be published somehow. A veto can only be issued once, not twice. If another confirmation vote above 367 is cast, it will be confirmed.” When reminded that her comments had sparked intense debate, Tuğcu said yesterday she had been misunderstood. In a written statement issued later in the day, Tuğcu said she had not made any comment on the president’s ability to put the changes to a referendum.

The ruling Justice and Development Party (AK Party) initiated the reform package after its bid to get Foreign Minister Abdullah Gül elected president failed in Parliament. Tuğcu’s Constitutional Court cancelled the first round of the election, held on April 27, upholding an application from the main opposition Republican People’s Party (CHP) that claimed there were not enough deputies in attendance. Gül later withdrew his bid after Parliament failed to convene with a sufficient number of deputies in a second attempt. The government believes the public election of the president is a way out of the crisis, but opponents of the constitutional reform say the changes are both hastily arranged and may lead to even more serious crises in the future. Last Mod: 15 Mayıs 2007, 10:26
Add Comment