Chinese police have arrested 70 Muslims from Uighur ethnic group in the Silk Road oasis city of Kashgar, fearing trouble when the Olympic torch passes through the city in June, an exile group said. 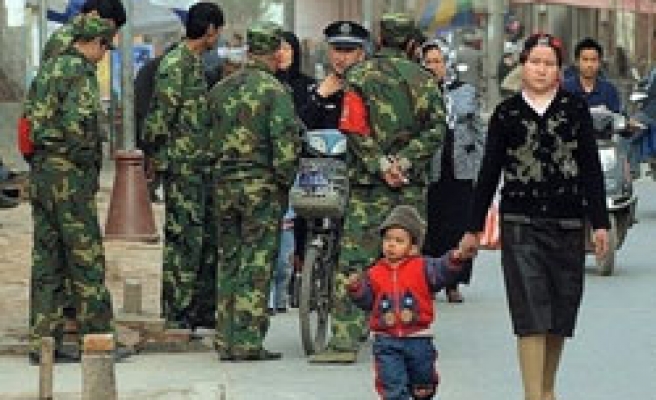 Calls to police and government offices in Kashgar went unanswered, but others in the East Turkistan say security has been ratcheted up ahead of the Beijing Games in August.

In East Turkistan, Muslims in one city last month rallied for more religious freedom and, according to a government website, held up independence flags.

Dilxat Raxit, spokesman for the World Uyghur Congress, a Germany-based exile group that seeks independence, said the authorities were using the Olympics as an excuse to crack down on the Turkic-speaking Muslim Uighurs.

"One world one dream?" he said, referring to Beijing's Olympic motto. "Is that right? The Uighurs have a different dream ... We don't want the Olympics here."

Elsewhere in East Turkistan, US government-supported Radio Free Asia reported police raids on a handful of homes, possibly in search of arms.

Police and locals reached by telephone denied the report.

A hotel employee in Yili said, however, security had been increased since early February, but that everything was otherwise normal. "We are going to our jobs every day and kids are going to school," the employee said. " ... It's not like Tibet."

Rights groups accused China of using the US-led war on terror as an excuse for widespread suppression of Uighur Muslims and to curtail religious freedoms.