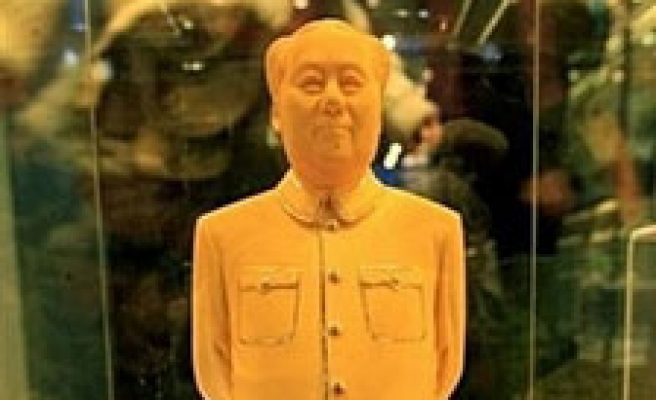 Meanwhile the price of gold was on course to reach a record high of 1,100 dollars an ounce in 2008 amid global financial turbulence, the respected research group added in its latest annual Gold Survey.

Gold struck an all-time peak of 1,032.70 dollars an ounce on March 17, four days after the yellow metal breached 1,000 dollars for the first time.

"Global mine production fell by a slight 0.4 percent in 2007 to an eleven year low," GFMS said in its report published Wednesday.

"Africa saw the heaviest regional drop at 29 tonnes -- chiefly due to South Africa -- while output in North America and Latin America also fell ... In contrast, Asia saw gains, centred on Indonesia and China, with the latter becoming the world's leading gold producer in 2007," it added.

GFMS chairman Philip Klapwijk said China was expected to consolidate its lead in 2008, "primarily as a result of further declines expected in South Africa due to its ongoing power supply issues."

GFMS forecast that global mine production in 2008 would be "broadly in line" with last year's level.

The consultancy added: "Of note (in 2007) was the fact that China posted a 33 tonne rise (in gold output) to become the top global performer, overtaking South Africa's century-long position as the world's leading gold producer."

Investors were forecast to drive gold to new record levels in 2008 also "on the basis of an ongoing credit market crisis, lower US interest rates, rising inflation and heightened political tensions, amidst continued inflows into commodities," GFMS said on Wednesday.

"But quite where it'll top out is a difficult call - maybe 1,100 dollars is achievable this year but 1,200 dollars plus could be going a bit far," said Klapwijk.

Meanwhile in 2007, China also rose to become the world's second biggest consumer of gold jewellery amid the Asian country's double-digit economic growth, while India held onto top spot, according to GFMS.

Klapwijk forecast a strong drop in worldwide demand for jewellery in 2008 amid record-high gold prices.

"Even if gold does not reach four figures again in 2008, we still expect to see a fall of in excess of 200 tonnes in global jewellery demand this year," he added.

On the London Bullion Market, the price of gold dropped to 905.08 dollars per ounce at Wednesday's morning fixing, from 915 dollars late on Tuesday.

At the start of January, gold had jumped above 850 dollars per ounce for the first time, smashing a 28-year-old record.