"All the Korans in the mosque have been seized by the government and dozens of people detained," the World Uyghur Congress said. 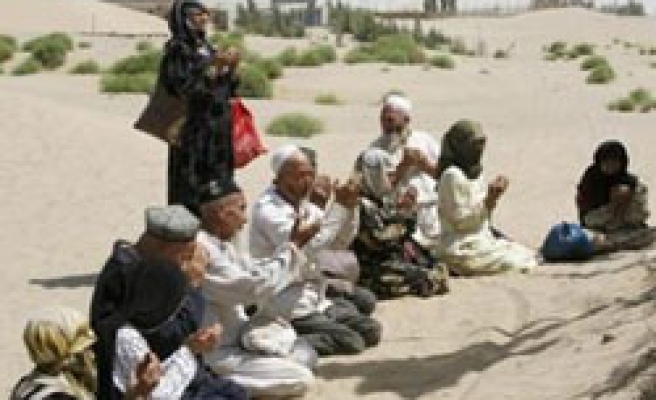 Chinese authorities in the restive far western region of East Turkistan have demolished a mosque for refusing to put up signs in support of this August's Beijing Olympics, an exiled group said on Monday.

The mosque was in Kalpin county near Aksu city in East Turkistan's rugged southwest, the World Uyghur Congress said.

The spokesman's office of the East Turkistan government said it had no immediate comment, while telephone calls to the county government went answered.

"China is forcing mosques in East Turkistan to publicize the Beijing Olympics to get the Uighur people to support the Games (but) this has been resisted by the Uighurs," World Uyghur Congress spokesman Dilxat Raxit said in an emailed statement.

Oil-rich East Turkistan is home to 8 million Turkic-speaking Uighurs, many of whom resent the growing economic and cultural influence of the Han Chinese.

Dilxat Raxit added that the mosque, which had been renovated in 1998, was accused of "illegally" renovating the structure, carrying out "illegal" religious activities and "illegally" storing copies of the Muslim holy book the Koran.

"All the Korans in the mosque have been seized by the government and dozens of people detained," he said. "The detained Uighurs have been tortured."

The Olympic torch relay passed through East Turkistan last week under tight security, with all but carefully vetted residents banned from watching on the streets and tight controls over foreign media covering the event.