The Dalai Lama, who fled to India in 1959 after a failed uprising against Chinese rule, wants autonomy for the Himalayan region. Beijing has branded him a separatist and says his conditions amount to a bid for independence. 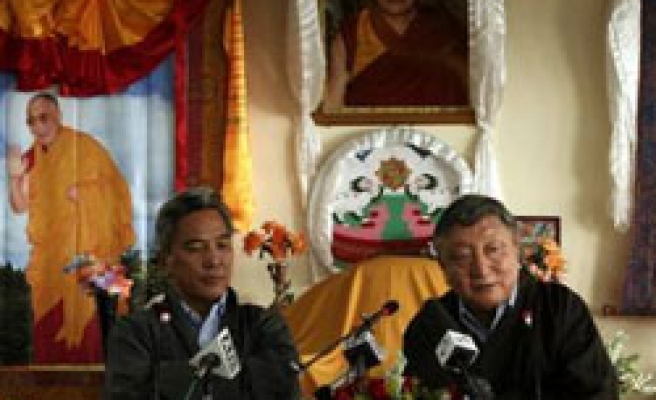 Envoys of the Dalai Lama said on Saturday the Chinese lacked serious commitment and that talks on easing tensions after protests against Chinese rule in Tibet were not serving any purpose.

They said the talks, held from July 1-2 in Beijing, were marked by personal attacks on the exiled Tibetan spiritual leader and the welfare of the Tibetan people was not discussed.

"We were compelled to candidly convey to our counterparts that in the absence of serious and sincere commitment on their part, the continuation of the present dialogue process would serve no purpose," Lodi Gyari, one envoy, said in India.

This was the second meeting between the two since a crackdown on protests against Chinese rule in Tibet earlier this year. The Tibet protests led to international calls for China to hold talks with the exiled Tibetan spiritual leader.

The envoys said the Chinese were preoccupied with the Olympic Games and it seemed to them that talks were held just to make sure the Games were held peacefully.

"There is a growing perception among the Tibetans, among friends of Tibet ... that the whole tactic of the Chinese government in engaging us is to stall for time," Gyari said.

The envoys said they agreed to talk in October, effectively after the Games.

Chinese officials met representatives of the Dalai Lama on May 4, but the next round of talks scheduled for June was postponed after an earthquake killed about 70,000 people.

At the latest talks, the envoys told their Chinese counterparts that the Dalai Lama, was not responsible for any violence in Tibet, adding that the Tibetan Youth Congress (TYC) was not a militant group as charged by the Chinese.

"We categorically rejected the Chinese attempt to label it as a violent and terrorist organisation," Gyari said in Dharamsala, headquarters of the Tibetan government-in-exile in India.

The Dalai Lama, who fled to India in 1959 after a failed uprising against Chinese rule, wants autonomy for the Himalayan region. Beijing has branded him a separatist and says his conditions amount to a bid for independence.

China has also blamed what it called the "Dalai Lama clique" for violence in Tibet in March and subsequent protests that disrupted the Olympic torch relay in several countries.

The Dalai has said he supports the Olympics and appealed to Tibetans not to protest during the Aug. 8-24 Beijing Games.

The Nobel Peace Prize Laureate has also said that he has no control over the activists of the Tibet Youth Congress, who demand independence.