China announced with great flourish this week that it is forgiving debt owed by Iraq. 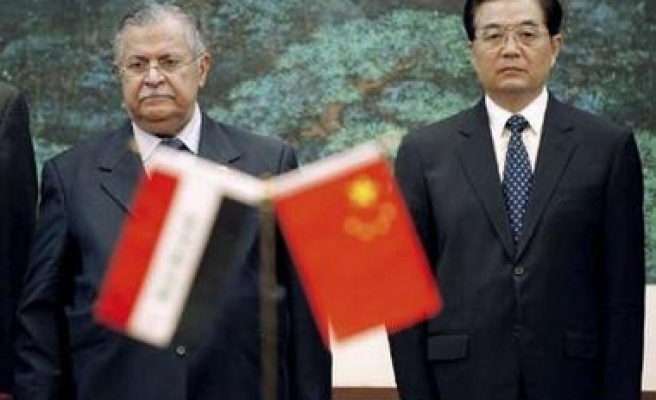 China announced with great flourish this week that it is forgiving debt owed by Iraq.

But with the Iraqi president set to hold talks Friday with the Chinese premier, it was still unclear how much debt has been written off.

No details were given on the debt relief, although Chinese Foreign Ministry spokesman Qin Gang said Beijing wanted to cut the debt "by a large margin."

According to Iraq's finance minister, Iraq owes China about $8 billion — part of the roughly $60 billion in foreign debt accumulated during the Saddam Hussein era.

There was no immediate explanation for the lack of information about figures. However, China has frequently used debt relief, especially toward African nations, to burnish its credentials as a friend of the developing world.

The Iraqi president was expected to travel to the ancient capitals of Xi'an and Nanjing after meeting Wen. Last Mod: 22 Haziran 2007, 14:41
Add Comment