Chinese Ambassador to Tehran Xie Xiaoyan extended an invitation to President Mahmoud Ahmadinejad to attend the Olympic Games (2008) in China. 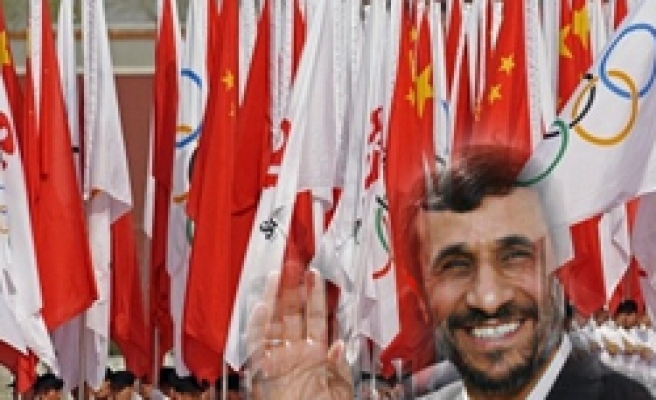 Accompanied by Chinese cultural attache to Iran, he met Sunday with head and secretary of Iran's Olympic committee Reza Gharakhanlou and Ali Kaffashian and officially invited the Iranian president along with Vice-President and Head of Iran's Physical Exercise Organization Mohammad Aliabadi to attend the international event.

Voicing satisfaction that the upcoming Olympic Games is to be held in an Asian country, Gharakhanlou voiced Iran's readiness to render any assistance and cooperation to successful performance of the Olympic Games.

He also gave a brief report on preparation of Iranian teams expected to attend in the international event.

Chinese ambassador, for his part, said Chinese embassy is to spare no efforts to cooperate with Iran to help despatch Iranian sportsmen and women to the event.

The Olympic Games is to be kicked off in Beijing on August 8, 2008.