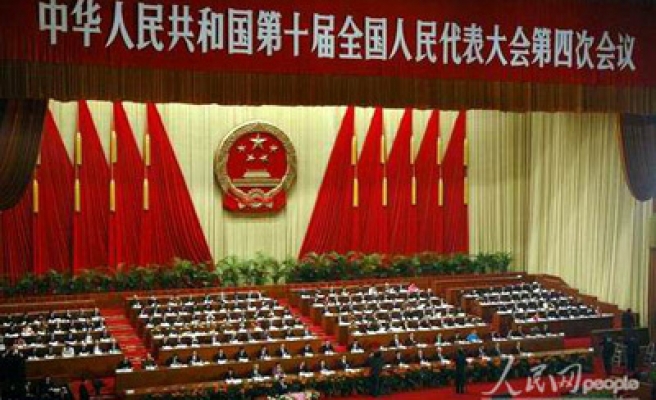 The approval follows 18 months of deliberation and a rare government request for public comment on the law. It is expected to be the most significant change in Chinese labor rules in more than a decade by setting standards for labor contracts, use of temporary workers and severance pay.

The official Xinhua News Agency said the law was approved Friday by the Standing Committee of the National People's Congress, China's parliament, and is to take effect on Jan. 1 next year.

China has been in the throes of a slavery scandal that has unleashed a flood of negative publicity against officials in Shanxi and Henan provinces. Hundreds of children and adults were abducted and sold to brickyards in those areas. Operators, often acting with local government protection, beat, starved and forced workers to labor long hours without pay.

The new law "is expected to improve protection of employees' legal rights following the exposure of forced labor scandals in brick kilns in central and north China," Xinhua said.

Nearly 1,000 workers have been released following police raids in recent months, prompted in part by accusations posted on the Internet that authorities were ignoring such practices.

The law was proposed in December 2005 amid complaints that companies were mistreating workers by withholding pay, requiring unpaid overtime or failing to provide written contracts.

The law adds to a series of government steps to update China's legal and political systems to keep pace with explosive economic and social change.

A law passed in March ended two decades of blanket tax breaks for foreign investors, equalizing their rates with those paid by Chinese companies.