About 30,000 people took to the streets -- some mobbing government offices and setting alight police vehicles -- in Weng'an county in Guizhou province, demanding justice. 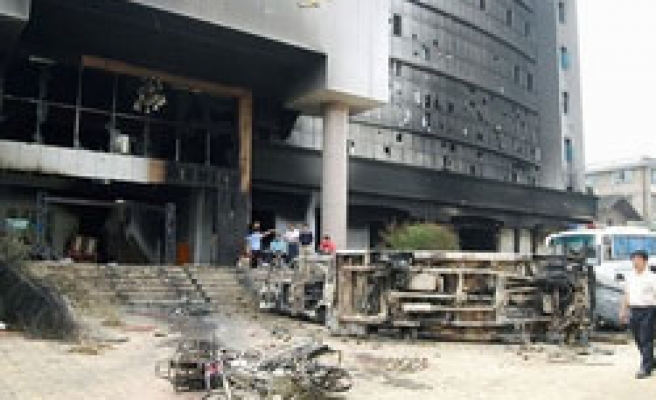 Chinese police have denied that relatives of government officials had anything to do with the death of a girl in the country's southwest which led to riots last weekend over allegations of a cover-up.

About 30,000 people took to the streets -- some mobbing government offices and setting alight police vehicles -- in Weng'an county in Guizhou province, demanding justice.

The teenage girl, Li Shufen, killed herself by jumping into a river "because she was unhappy with life", the official China Daily reported on Wednesday, citing police, who have reopened the case.

"Zhou Guoxiang, deputy police chief of Weng'an public security bureau, denied rumours that policemen had harassed Li's relatives when they had come to seek justice from authorities," the report added.

"He, however, said that an unidentified man beat up Li's uncle on a street, and police are trying to find out who the attacker was," the newspaper said.

"It was the local officials' shortcoming that angered the people," it paraphrased him as saying.

"We must learn a lesson from these problems," he said, adding there were "deep-seated" reasons behind the girl's death and the following violence.

"Officials had not paid due attention to disputes over mines and relocation of people for construction projects for quite a long time," Shi said. "This may have bred discontent among the residents."

The protests came as China counts down the final days before the Beijing Olympics.

The government has started a nationwide stability push to prevent any domestic unrest upsetting the Games and to present China as a harmonious nation.