China's preparations to host the 2008 Olympic games are acting as a "catalyst" for worsening abuses of human rights, a report from Amnesty International has said. 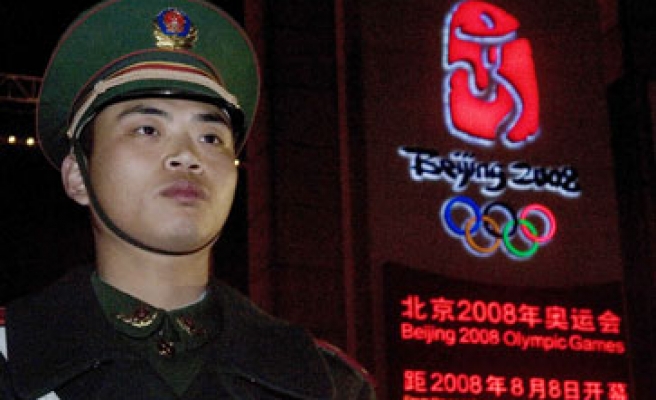 China's preparations to host the 2008 Olympic games are acting as a "catalyst" for worsening abuses of human rights, a report from Amnesty International has said.

In its report, Amnesty points to a range of cases, including extensive use of detention-without-trial by police and persecution of civil-rights activists it says are on the increase.

It also says that while the authorities have increased freedoms for foreign reporters, new methods are being deployed to rein in the domestic media and censor the internet.

The group said forced evictions to make way for Olympic projects were a particular worry, which the International Olympic Committee (IOC) should raise with the Chinese government.

It said many people who had protested the evictions faced detention and harassment by the Chinese authorities, among them activist Ye Guozhu, who Amnesty said had been jailed for organising protests against forced evictions in Beijing and had been tortured in jail.

The report was also critical of the continued use of the "re-education through labour" system, which allows police to jail a crime suspect for up to four years without trial.

Critics say it is misused to detain political or religious activists, and violates suspects' rights.

"Fears remain that these abusive systems are being used to detain petty criminals, vagrants, drug addicts and others in order to 'clean up' Beijing ahead of the Olympics,'' the report said.

"The IOC cannot want an Olympics that is tainted with human rights abuses - whether families forcibly evicted from their homes to make way for sports arenas or growing numbers of peaceful activists held under 'house arrest' to stop them drawing attention to human rights issues," Catherine Baber, Amnesty's deputy Asia Pacific director, said.

Amnesty said that while measures to refer all death sentences to China's Supreme Court and new rules for foreign journalists were both welcome moves, those gains had been outweighed by continuing abuses in other areas.

"The failure to ensure equal rights and freedoms for both foreign and domestic journalists smacks of double standards," said Baber.

China, she said, had "yet to meet its promise to ensure 'complete media freedom'" for the Olympics.

In December China announced new regulations for foreign journalists which temporarily abolished decades-old rules requiring them to obtain government approval for all travel and interviews.

Under the new rules, in place until after the Olympics, only the consent of the person to be interviewed is needed.

But the change was announced at the same time a Beijing court took five minutes to reject an appeal by Zhao Yan, a New York Times researcher, against a three-year prison sentence.

Zhao was convicted of fraud, but press freedom groups saw his case as a political vendetta for his earlier career as a crusading investigative reporter and as a warning to Chinese reporters.

In the Amnesty report the authors called on the IOC to make public concerns about human rights if it is unable to get Beijing to loosen up, adding "the Olympics is apparently acting as a catalyst to extend the use of detention without trial".

While Amnesty welcomed the government's decision to let a few veteran activists travel abroad, it said many other dissidents faced "serious risk of abuse".

China has yet to react to this latest Amnesty report, but has denounced previous reports from the human rights group, saying it was fulfilling all the commitments made in its bid for the games.

During the bidding process for the games in 2001, Chinese leaders promised IOC members that the Olympics would lead to an improved climate for human rights and media freedoms.

Giselle Davies, an IOC spokeswoman, described the Amnesty report as "comprehensive" but told the Associated Press the games governing body would "want to take the time to digest it before making any further reaction". Last Mod: 30 Nisan 2007, 09:41
Add Comment