A total of 119 children, some in day care centres, fell ill on drinking the milk and 75 of them were hospitalised for two days. 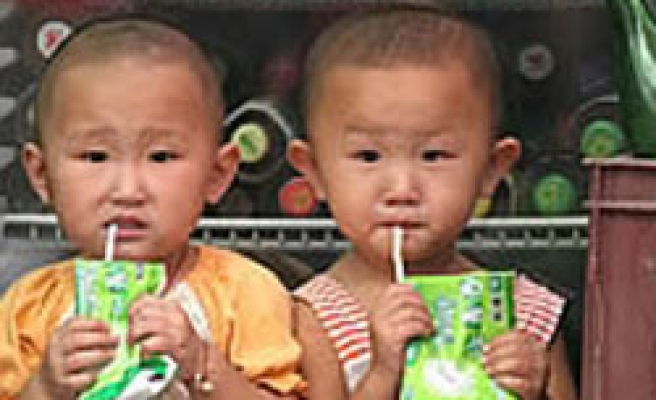 Officials in southern China sealed more than 4,000 boxes of possibly contaminated milk and the manufacturer recalled another 2,700 boxes after children became sick on drinking the product, Xinhua news agency said on Saturday.

A total of 119 children, some in day care centres, fell ill on drinking the milk and 75 of them were hospitalised for two days, China's official news agency said.

China has been waging a battle to improve product quality after a series of scandals at home and abroad involving substandard toys, fake medicines and food, as well as tainted pet food.

The Guangdong provincial food safety agency sealed the boxes of milk made by Zhuhai Weiwei Deheng Dairy Co and warned consumers in five major cities against drinking the 150-ml high-calcium milk that was packed on Wednesday, Xinhua said, citing a local paper in parts of its report.

The contaminated milk, which could lead to digestive tract infections, was distributed to 49 retailers in the five cities, Xinhua said. It said the dairy company had apologised to the public and indicated that it would compensate the sick.